BIRN Kosovo’s KALLXO.com journalists Egzon Dahsyla and Valon Fana have been awarded by the FOL Movement for their reporting on public procurement. 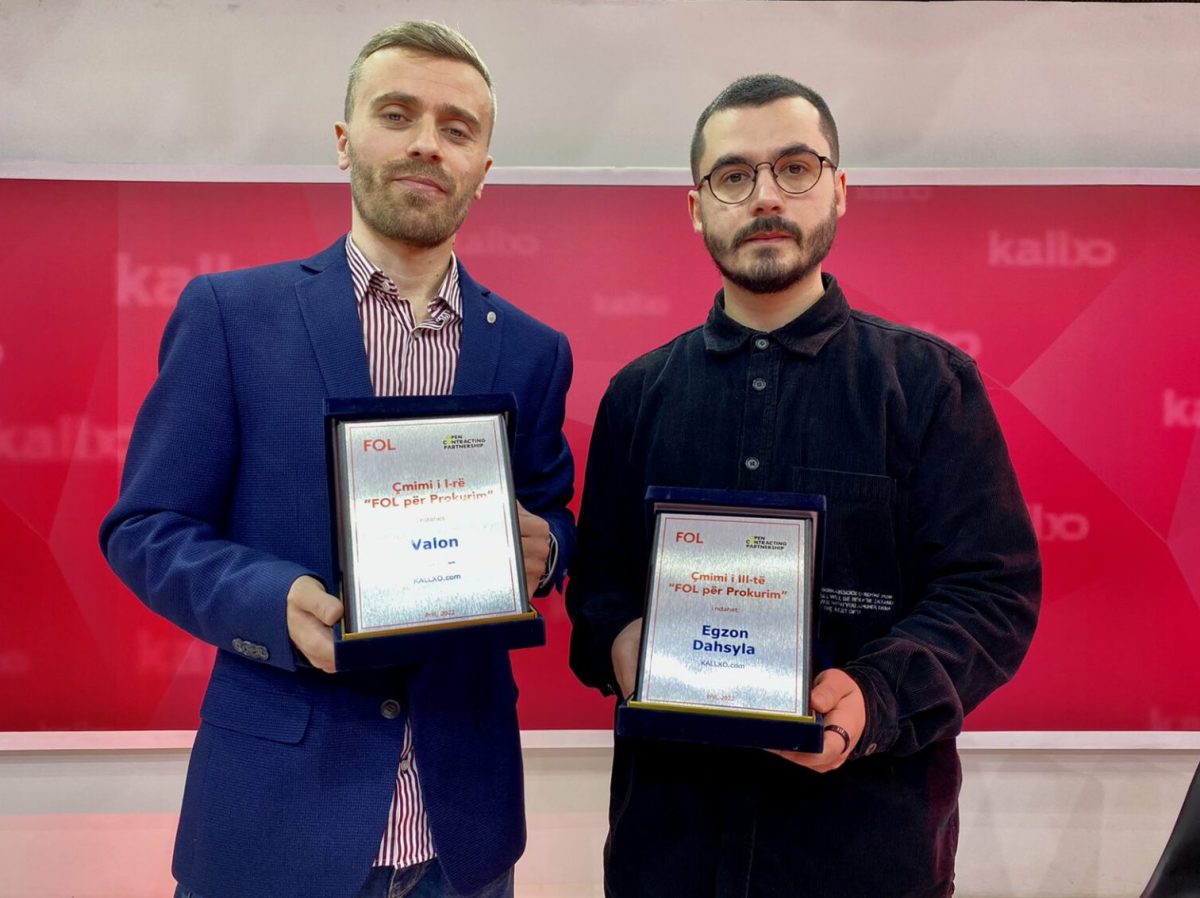 Valon Fana was awarded first prize in the “SPEAK for Public Procurement” journalistic award for his investigation titled, “The Car Under the Ownership of Board Chairperson Purchased by Trafiku Urban Enterprise”. The investigation unveiled how the car belonging to the former chair of Trafiku Urban was purchased by the public enterprise through an open tender at a price two times higher than the market price. The investigation also exposed how the purchase of the car violated public procurement laws and regulations after the tender process was opened two months later than the purchase date. 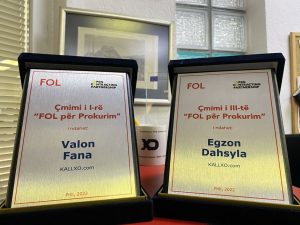 Egzon Dahsyla was awarded third prize for the investigation “€460,000 was not enough for the Municipality of Gjakova to clean a landfill”. The investigation exposed how despite more than €460,000 being spent to clean, treat, and regenerate a legal landfill site in the Municipality of Gjakova, the landfill still exists, and promises were not fulfilled. The investigation also exposed how the company contracted for this service, Korben, was the only company in the competition and offers were not requested from any other companies.