Each month, BIRN introduces you to a different member of its team. For April, meet Besar Likmeta, editor-in-chief of BIRN Albania. 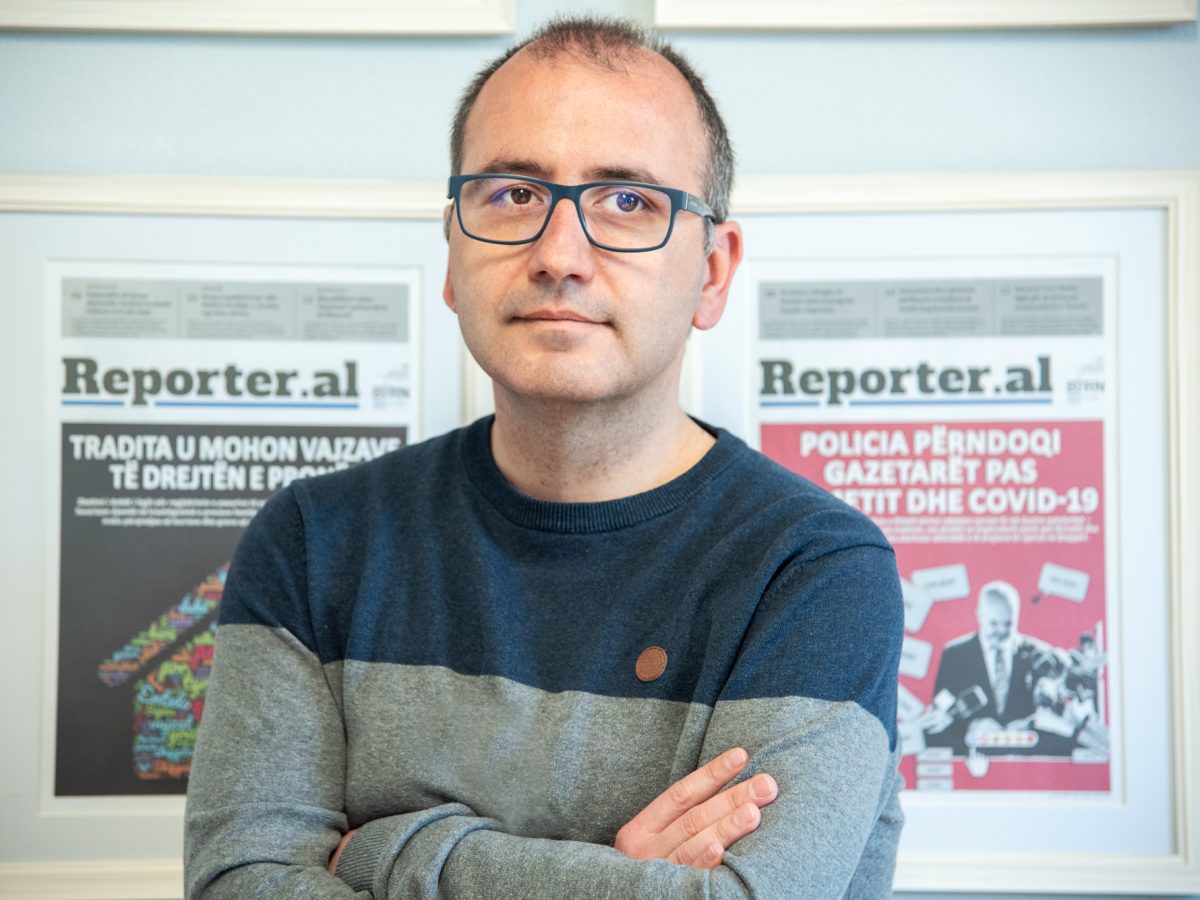 Besar Likmeta, 39, studied philosophy but has been working as a journalist for the last 18 years. He started his career in the US but returned to Albania where, together with his colleagues, they founded BIRN Albania. He is editor-in-chief of BIRN’s publication Reporter.al. According to him, journalism is a weapon to give a voice to the voiceless and hold the powerful to account.

Why did you become a journalist? How did you start?

I started my career in journalism as an intern at the Florida Times Union, a newspaper in Jacksonville, Florida. I became a journalist because I wanted to use the written word as a weapon, give a voice to the voiceless and hold powerful people to account. In hindsight this might sound a bit naive and idealistic, but this is the kind of profession where one fools oneself every day to keep going.

When did you join BIRN Albania? What are your favourite subjects to report on and what is the most challenging thing in your job?

I founded BIRN Albania with other colleagues in 2014. I’d previously worked as a correspondent for Balkan Insight from 2007. I mostly report about corruption and white collar and organised crime but they are not my favourite subjects. As an editor, I would probably say the environment is my favourite subject. The most challenging thing about my job is being objective and fair, and this is not always easy in a politically polarized society, where the media is at the crossroads of economic and special interests.

Choose one of your favourite pieces published on Reporter.al and tell us why you selected it.

Two years ago, I wrote a story on Tirana’s vanishing architectural heritage and how early-twentieth-century villas were being demolished to make way for the new flats. In those two years since, many of these architectural gems have been bulldozed. I felt privileged to tell the whirlwind histories of the people who built and owned those houses and their sometimes tragic fate under Albania’s Stalinist regime.

Is it difficult to work on in-depth investigative stories in Albania? What are the main challenges?

Working on in-depth investigative stories is a challenge everywhere, not only in Albania. What makes Albania particular is the level of distrust of the media, which sometimes make the work of reporters and editors in defending the public interest an uphill and lonely battle.

How can we encourage people to read investigative stories? What should journalists and media do?

Well researched, properly structured, tightly edited and thoroughly fact-checked narrative stories might not make great click-bait material but, if it has legs, it can find a way into the communal consciousness and stir public debate. Media should stick to their professional standards and respect their craft. Good journalism and writing is an acquired taste, and the intellectual taste of our readers should be educated by professional and ethical reporting.