The candidates from Viti revisited their previous debates and explained their strategic plans for the local governance of the municipality on a “Life in the Municipality” run-off debate in November 2013. 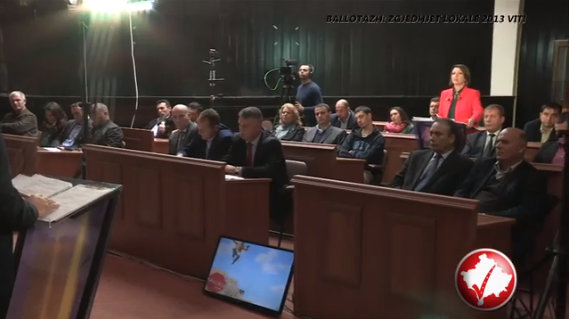 Sokol Haliti from LDK and Nexhmedin Arifi from PDK faced each other during the municipal debate and received more votes during the first round of elections.

Haliti said that he was expecting better results from the first set of elections; he also declared that LDK will have the highest number of seats in the assembly, a total of 10 seats.

According to Arifi, Viti showed the highest level of participation in the elections. He also said that PDK made a coalition with AAK and AKR.

“I think that the people of Viti are trusting the local leadership, but there were some difficulties that hampered me. That is the reason we had this result. I strongly believe that in the second round we will improve the results for PDK and the coalition,” he said.

Discussing the promises made during the TV debate, Arifi mentioned the reconstruction of two schools in Pozhoran and Begunce. Haliti said that he will divert 6.7 percent from the total budget in order to repair education conditions.
Arifi also mentioned that he will keep his promise of investing 200,000 euro for the environmental efforts, while his opponent planned to invest 1.5 million euro.

Arifi also promised to build the Family Health Centre, which according to him will be built in the beginning of 2014 and the construction will take three to four months. However, Haliti said that if he wins, he will create 13 family health centres. He also promised to increase the number of employees in these centers.

Haliti declared that he will invest 1 million euro on culture in the next four years.

According to him, the total budget to implement these changes is 14.8 million euro.

Arifi’s said his first project would be the cleaning of the cleaning of Morava river – a project supported by the European Commission, which would begin in March 2014. Regarding the problems of the water supply plant and sewers – he said those would be addressed within two years.