Bojan Stojanovic, the SKS candidate for Gracanica, said the first round of the elections was a broken process, where democratic principles were not followed and human rights were violated. . 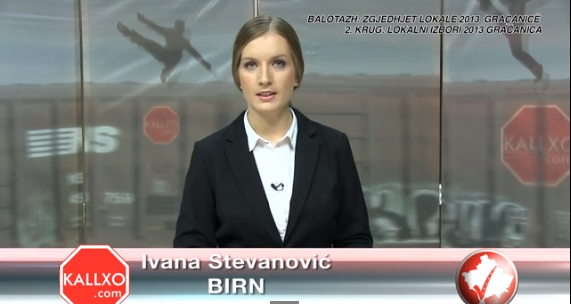 “I think that those who doesn’t speak about this in public are becoming collaborators,” he said during a “Life in the Municipality” run-off debate in November 2013Stojanovic said that during the pre-election process there were threats against would-be voters. He also complained that ones of his opponents broke the prescribed elections silence by discussing his victory on TV.
CIS candidate Branimir Stojanovic said that the electoral process was largely proper, with just minor problems.
“On the election day there were some problematic moments, [but] I think the entities responsible for security acted properly,” he added.
He added there was an attempt to trade votes, but police intervened in time to stop this.
Regarding street dogs, Bojan Stojanovic said this is a problem throughout Kosovo and there should be places establishes where dogs would be sterilized. Branimir Stojanovic said the problem is the result of neglect, and promised to establish proper place to take care of the dogs.
The candidates also addressed the lack of a school in Kishnica village, and agreed one should be built.