Sokol Bashota, PDK, revealed his detailed projects to be implemented in Klina in the upcoming mandate. 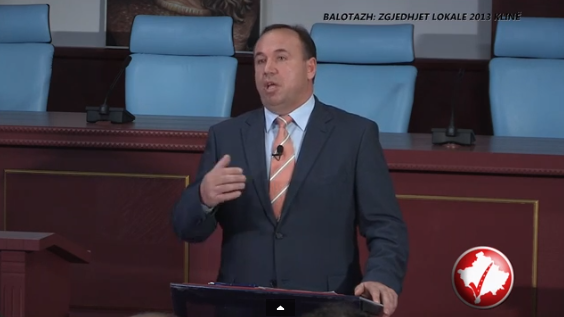 In the absence of his opponent in the debate, Enver Berisha, AAK, Bashota mentioned the water factory, which, according to him, will be functional in the beginning of 2014.

Bashota also promised to build the Ismet Raci elementary school, estimated to cost around 1.6 million euro, co-financed from the Ministry of Education. According to him the school will be ready in 2016.He also promised three buildings to accommodate war veterans, with 100 apartments.

Following the discovery of a mosaic, dating back to Illyrian times, Bashota also promised further archaeological research co-financed by the Ministry of Culture, for which he has allocated 150 thousand euro from the municipal budget.

Investments in agriculture will amount to 600 thousand euro in the four-year mandate.

Bashota promised that in the scope of his mandate, he will fix the riverbed of Drin River, with investment totalling to 1 million euro.