Two candidates vying for the mayor of Ferizaj, Agim Aliu, PDK, and Muharrem Svarqa, LDK have challenged each other for the best option to the citizens. 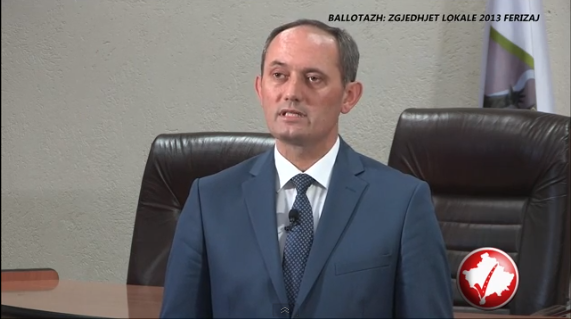 Both candidates have spoken in details about their plans on spending the municipal budget on capital investments in the four upcoming years.

Aliu has promised to build a hospital at the former animal market with the help of the Ministry of Health and the central government. This, according to him, will cost 20 million euro and will have the capacities to accommodate 300 patients.

Svarqa, on the other hand, promised to build a hospital with half the capacity of that promised by Aliu, which according to him, will cost 2.5 million euro.

Aliu promised that 170 thousand euro will be allocated to support businesses, and help them with plans and ideas, in the quest of creating new jobs for Ferizaj citizens.

Svarqa revealed that he will create three thousand jobs in agriculture in four years, adding that if only 10 per cent of his plans for employment are not implemented, he will resign immediately.

Svarqa also spoke about his plans to improve the road infrastructure and their lighting in the entire Ferizaj municipality. According to him, this will cost 30 million euro, noting that in the four years of his mandate Ferizaj will have 39 million euro for capital investment.

He also said that the railway going through the city will put in a cage, in order not to jeopardize the everyday life of citizens. This will cost 600 thousand euro, according to Svarqa.

Aliu promised that the roads going to Prishtina and Shtime will be expanded to four lanes, a project estimated to cost around 4.5 million euro. He also mentioned renovation of the Ferizaj – Nerodime – Jezerc – Budakova – Suhareka road, amounting to 9 million euro with the help of the central government.