Two candidates that made it to the second round were Bali Muharremaj (AAK) with 30.66 per cent and Sali Asllanaj (LDK) with 34.58 per cent. 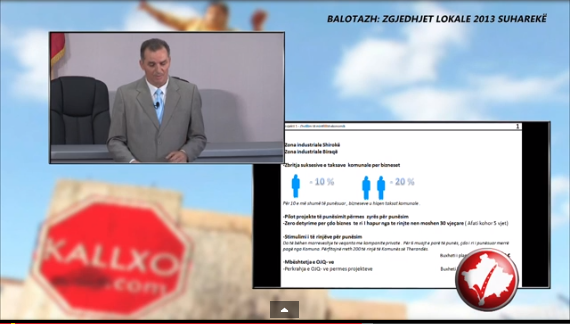 The debate was held in the Municipal Assembly of Suhareka with some of the newly-elected municipal MPs. It centred on the main promises made during the first round including employment, water supply, economic development, culture and rural tourism.

The main projects to be implemented by Bali Muharremaj from AAK, were presented by his advisor and included: creating 1,200 jobs by subsidising family businesses in cooperation with local partners. Moreover, Muharremaj promised improving road infrastructure to enable tourism development, agricultural projects, and building of a new culture centre.

Sali Asllanaj,LDK, said that his programme is based on economic development, especially in agriculture, for which he promised to build 150 greenhouses, support to farming and agriculture, developing industrial zones, improving rural tourism, modern infrastructure, quality education, and building modern schools.