Agim Bahtiri, AKR candidate vying for the mayor of Mitrovica, said that he returned from Holland to Kosovo in order to run for the position and create jobs for Mitrovica citizens. He added that he had previously tried to invest in Mitrovica, but has met various obstacles from the mayor. 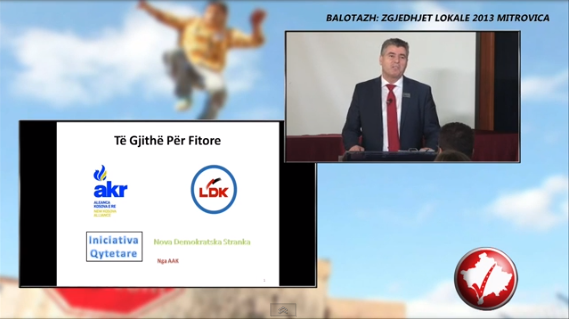 He said that once he enters the office, he will declare Mitrovica as a free economic zone in order for investors to be able to invest in Mitrovica. As a businessman, he presented a project, where together with partners from Europe and Asia, around 104 million euro will be invested in building factories for the mushroom manufacturing.

He also mentioned building a milk factory in Shala, which would generate 1500 jobs and will cost around 32 million euro.

“I will also place 46 trash bins around Mitrovica, which will cost 2,500 euro per bin and will substantially improve the image of the city,” noted Bahtiri.

Lastly, Bahtiri promised that the salary of the mayor will be divided between ten best students from Mitrovica as bursary and to build the Youth Innovation Centre (with the help of the EU).