On December 29 Behar Mustafa, a journalist at KALLXO.com, and Agon Sinanaj, who contributed an investigative story to BIRN’s English language newspaper Prishtina Insight, were recognised at the 2020 Awards for Journalism on Social and Child Protection. Both received prizes from KOMF, a Coalition of NGOs for Child Protection in Kosovo. 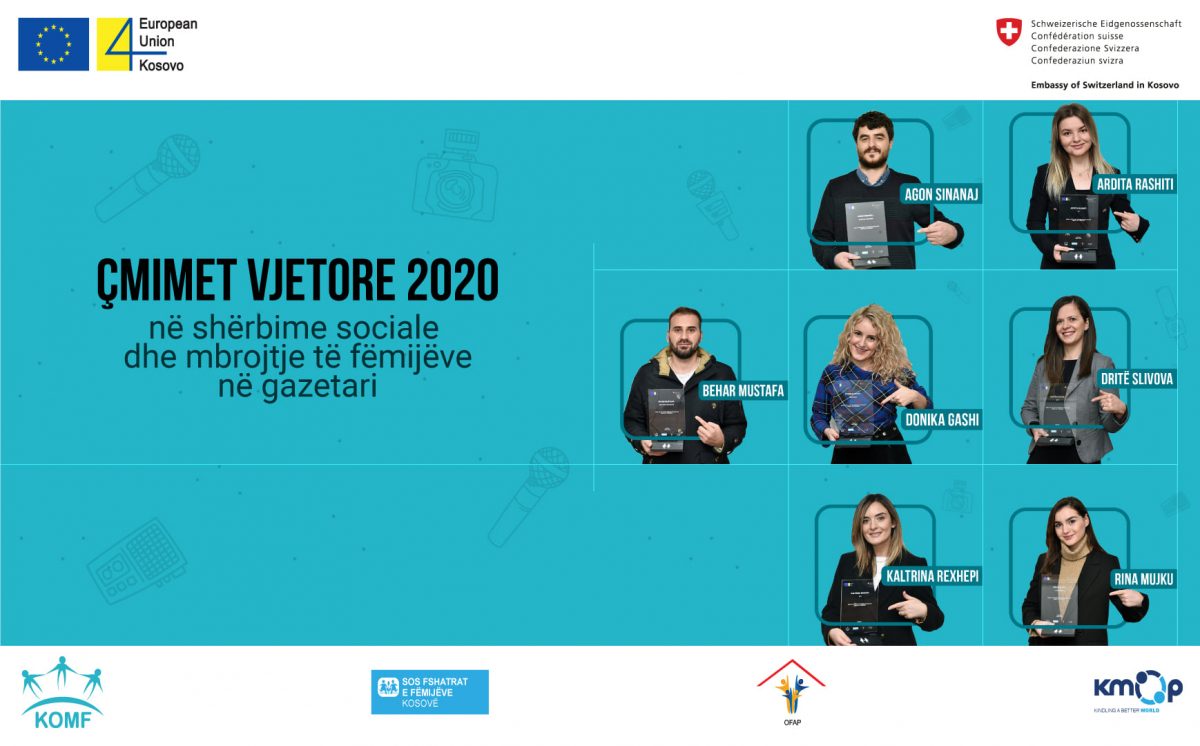 Mustafa was awarded for his TV reportage, “Smuggling Children to Italy,” which was broadcast as part of BIRN’s Justice in Kosovo television programme.

The story shed light on minors aged 16 to 18 being smuggled from Kosovo to Italy, with the investigation following the whole journey.

The footage revealed how the young people were in constant danger throughout the route, including when crossing borders with false identity documents alongside unknown companions.

Meanwhile, freelance journalist Sinanaj was also awarded for his feature story for Prishtina Insight, which looked into the lives of families caring for children with disabilities. The article was also published on BIRN’s KALLXO.com.

KOMF awarded a total of seven prizes to journalists for their work in the field of child protection. Other winners included Ardita Rashiti, a journalist at T7, Donika Gashi and Rina Mujku, from Klan Kosova, Drite Slivova-Polisi, of KTV, and Kaltrina Rexhepi-Dragusha, of RTK.