The International Fact-Checking Network, IFCN, has granted BIRN’s Krypometer an extended license to operate after a careful assessment of the work of this product. 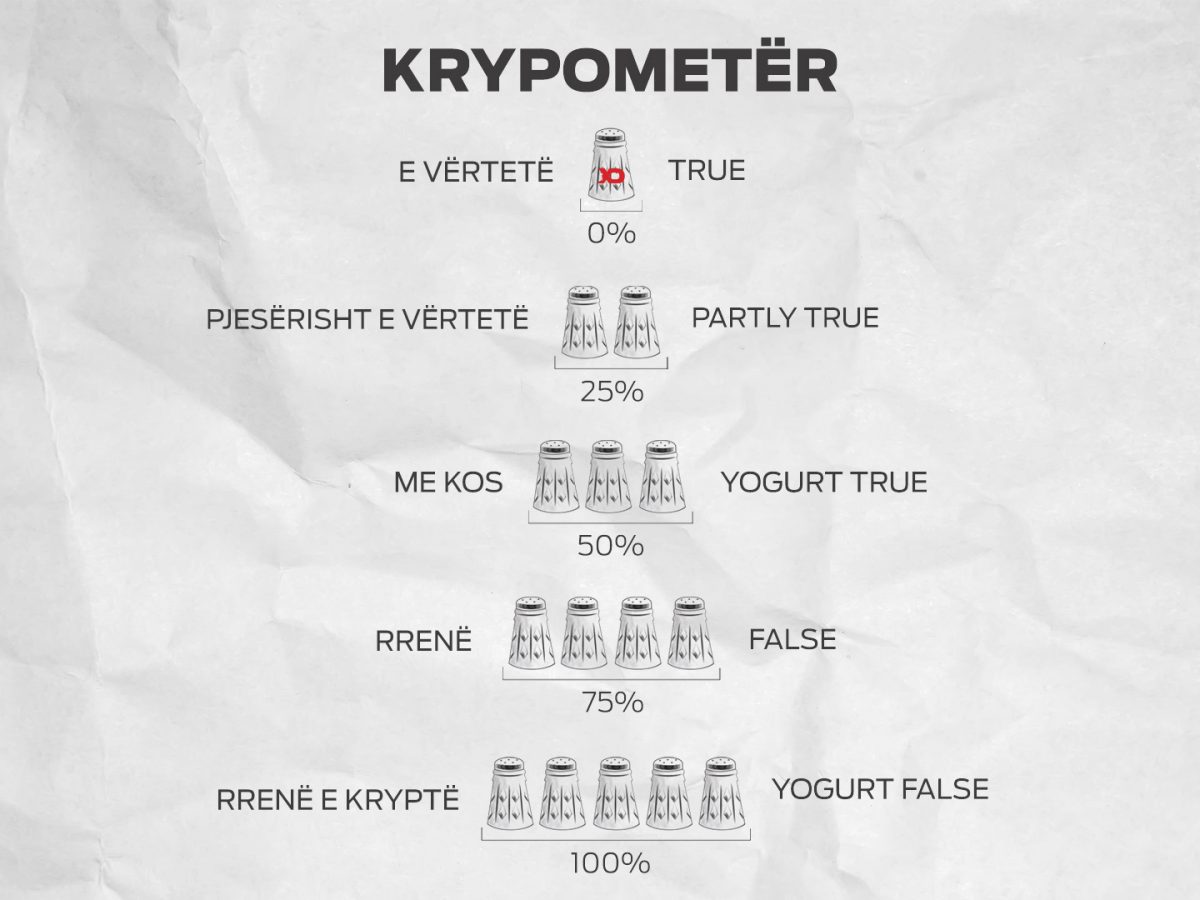 In a published announcement, it said that following careful evaluation of the specific criteria, the Krypometer, a product of Kallxo.com, is an exclusively fact-checking initiative that operates within a legally registered organisation.

Its quality was based on an assessment of published stories from September, October and November of the previous year.

“The general conclusion is that the reporting seems to be in line with the principles of fairness, political impartiality and factuality,” the IFCN announcement said.

“Public information about the organisation, its employees and financial resources is accessible. The fact-checking methodology is explained, corrections are highlighted where such interventions are made in the text,” the announcement added.

Faik Ispahiu, director of Internews Kosova, called it an “internationally credible assessment of the work and the way of reporting” at Kallxo.com.

“Certification by the IFCN and public confidence makes us proud and strengthens our confidence that Kosovo can be a state of true values and achievements,” he added.

Jeta Xharra, director of BIRN Kosovo, recalled the hard work done to receive this positive assessment from the IFCN.

“IFCN has a system where it is not enough to be good only at the beginning (in 2018, when we were accredited for the first time); in fact, they have assessed our fact-checking methodology in a continuous manner,” Xharra said.

“I and my colleagues need to make sure we reach the proper level each year because we are the subject of a yearly audit from this international mechanism,” she added.

Krypometer’s goal is to reflect on the credibility of public statements from political figures on issues of major importance, be they local, central or international.

Krypometer does not focus only on the political accusations and counter-accusations commonly used during election campaigns.

It aims also to explain more complex matters, provide the context or history of statements and present a data analysis, as well as an explanation of how politicians, diplomats and others phrase and formulate their opinions, so as to distort or shadow the truth.

Kallxo.com and the TV show Jeta ne Kosove  are part of the IFCN of the US-based Poynter Institute, which is a media organisation that is dedicated to promoting excellence in fact-checking.

Tools to impartially and transparently verify facts are seen as powerful for accountable journalism. BIRN Kosovo and Internews Kosova are signatories to this code of principles, which was announced on September 15, 2016.