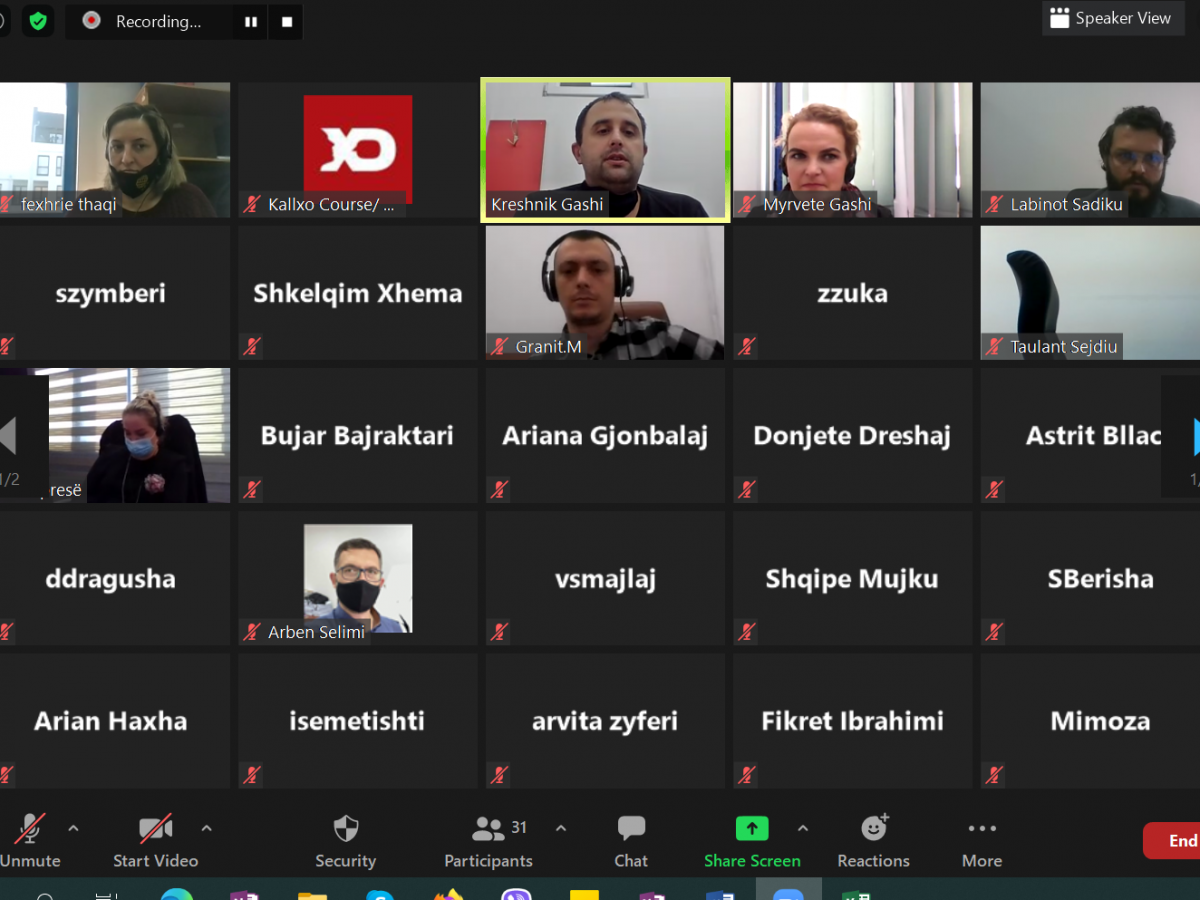 Supported by the Embassy of the Kingdom of the Netherlands in Pristina, the training courses are intended to improve the performance of the Auditor General and National Audit Office staff in writing, reporting and providing information on public spending.

The training session was attended by around 30 participants from the National Audit Office. It was divided into two sessions with the first being held by Kreshnik Gashi, managing editor at Kallxo.com, and the second by Granit Mavriqi, media editor at Kallxo.com.

Gashi explained the fundamental elements of writing an article, a news story or a status and how it should be presented on and through social media. Following this, Mavriqi provided information on social media use and security.