Artist Vladimir Miladinovic will present an exhibition of drawings based on research into Hague Tribunal’s archive material about mass graves of Kosovo Albanian war victims in the Belgrade suburb of Batajnica. 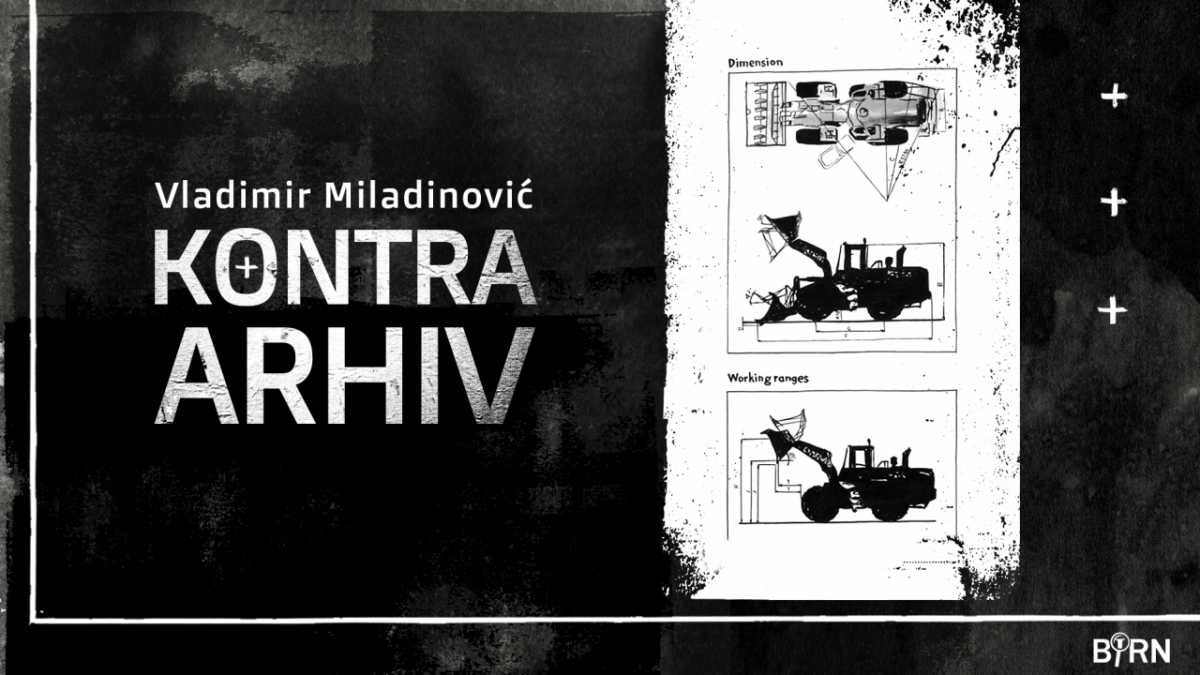 ‘Counter-Archive’, an exhibition of drawings focused on the mass graves of Kosovo Albanians that were discovered in the Belgrade suburb of Batajnica after the Kosovo war, opens in Belgrade on Monday evening.

The ink-on-paper artworks are based on artist Vladimir Miladinovic’s research into the archive of the International Criminal Tribunal for the Former Yugoslavia in The Hague.

Miladinovic explored court proceedings related to the discovery of the mass graves in 2001 at the Serbian Interior Ministry Special Anti-Terrorist Unit’s training ground in the Belgrade neighbourhood of Batajnica.

The remains were found of 744 ethnic Albanians who had been killed in Kosovo and then moved to Batajnica in an attempted cover-up.

The opening of the exhibition on Monday will feature actors reading from court testimonies given by victims’ relatives and by people who participated in transporting and hiding the bodies.

The exhibition is being held as part of BIRN’s Balkan Transitional Justice granting scheme, which aims to encourage professionals in various fields to explore archives of courts that dealt with war crime trials in the Balkans, supported by the Matra Regional Rule of Law Programme.

“Through his drawings, Vladimir presents documents found in the ICTY archive in an innovative and creative way, thus contributing to the process of memorialisation and the re-examination of wartime heritage,” said Jovana Prusina, the coordinator of BIRN’s Balkan Transitional Justice project.

“This approach enables the artist to open up space for discussion and new interpretations of archival documents, and raises the question of how they can be used in creating alternative policies for conflict prevention,” Prusina added.

The cover-up operation to move the bodies of Kosovo Albanians to secret burial sites in Serbia was the subject of BIRN’s award-winning documentary, ‘The Unidentified’.

‘Counter-Archive’ will be on display at the Endzio Gallery in Belgrade until November 25.