BIRN Kosovo journalists awarded with the 2020 Prize for Economic Journalism. 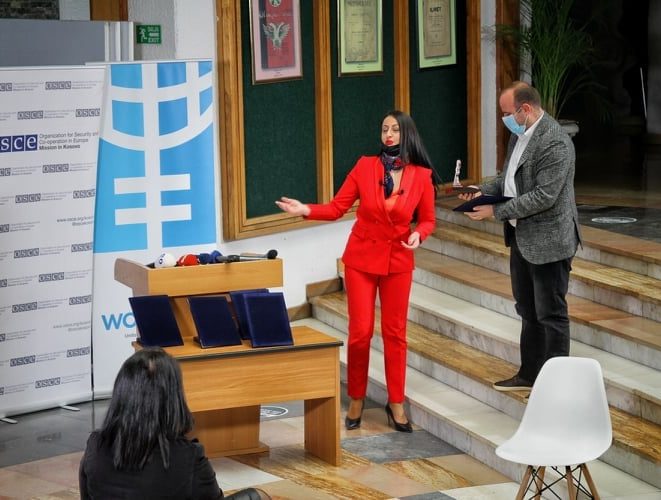 “Unclean Energy: The Kosovar who would Own the Sun” is the 2020 award winner of the annual” Ibrahim Rexhepi” Prize for Economic Journalism, awarded by the Association of Journalists of Kosovo (AJK).

This in-depth investigation by Visar Prebreza and Jeta Xharra discovered how a single businessman in Kosovo stands behind six companies reaping millions of euros from the sale of solar energy in violation of anti-monopoly rules.

The investigation was conducted while Pristina was under measures of quarantine due to the outbreak of COVID-19.

“We worked in a time when Pristina was under quarantine and we worked until late nights to analyse documents.”

“We have investigated even in Malta to expose the hiding of businesses there,” Prebreza said after receiving the award from the head of AJK, Gentiana Begolli.