On May 20, three BIRN Kosovo journalists were recognised at the Speak Up for Procurement Awards, held as part of USAID’s Transparent, Effective and Accountable Municipalities project, which is being implemented by Levizja FOL. 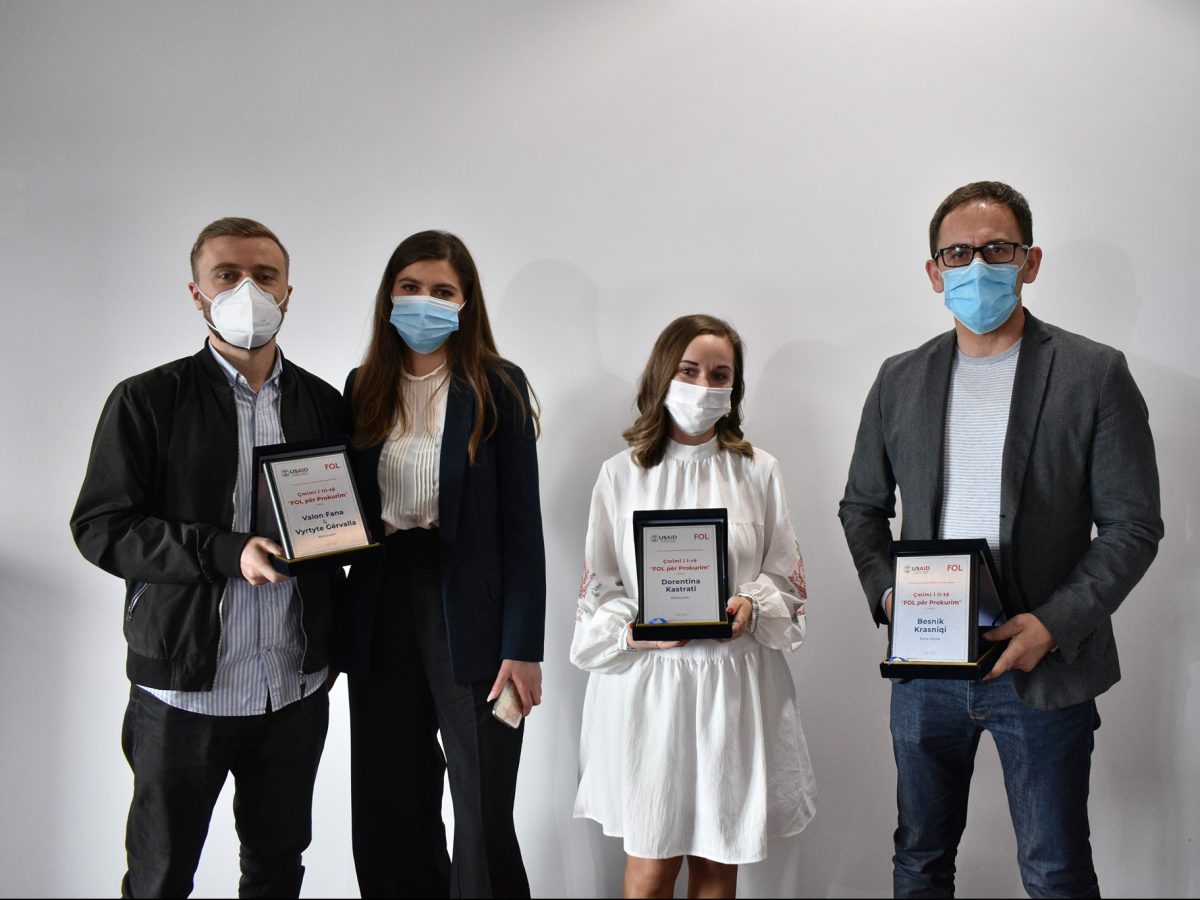 The awards, held for the first time in Kosovo this year, seek to acknowledge the contribution of journalists in keeping public procurement transparent.

BIRN’s investigative journalist Dorentina Kastrati was awarded first prize for her article: “The scheme that guaranteed a tender of around 400,000 euros for the Minister of Trade and Industry’s brother.”

The investigation revealed that a company that was designated 400,000 euros to construct a school by the Municipality of Malisheva, Themeli, was owned by the brother of Vesel Krasniqi, who was then serving as the Minister of Trade and Industry at the time. The municipality is run by NISMA, the same political party that Krasniqi represented in the ministry.

Third prize went to two more BIRN journalists, Valon Fana and Vyrtyte Gervalla with their investigation: “Municipality led by Gazmend Muhaxheri provides a tender for the family of Ramiz Kelmendi.”

The story revealed how a tender awarded by the Municipality of Peja to supply food and other products to families in need led to a 1,000 euro profit for a business ran by the family of Ramiz Kelmendi, a former MP.

Second prize meanwhile was awarded to Besnik Krasniqi from KOHA for his investigation “Open deceptions.”

The award-winning journalists encouraged their colleagues to continue to monitor public procurement in order to ensure transparency in public spending and help prevent corruption.