BIRN gives behind-the-scenes insights on how in-depth investigations into critical issues in the region are done by our team of journalists. 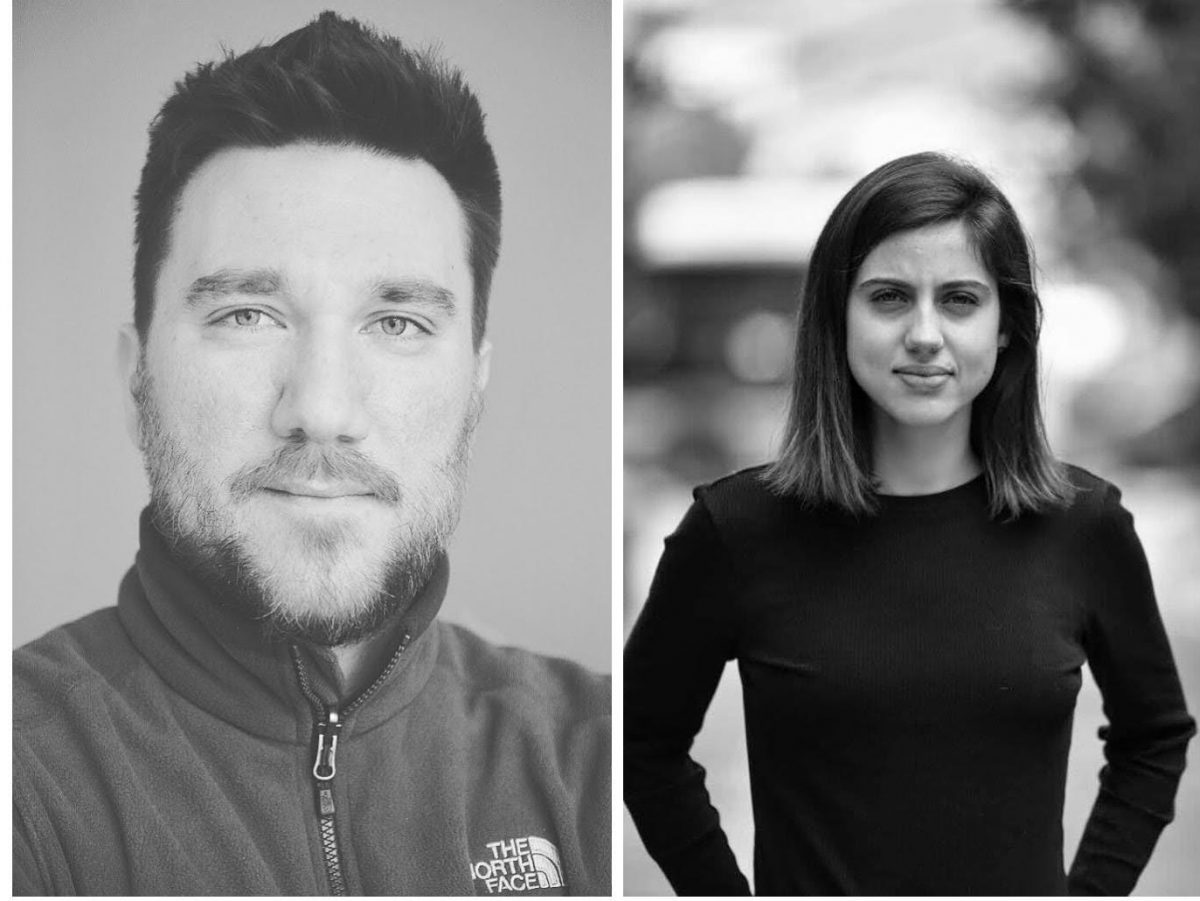 Kostas Koukoumakas, former fellow of the Fellowship of Journalistic Excellence and Corina Petridi, BIRN correspondent, both from Greece, reveal what made them work together as a pair and write about Laskaridis, a Greek shipping company with controversial operations in CCAMLR waters.

An inquiring eye, a thirst for news and knowledge, enthusiasm, patience and trust are some of the virtues that a journalist should have when he/she works in collaborative projects.

Read more about Korina and Kostas and their project:

What is your story about?

In February 2020, Greenpeace published a report, “Fishy Business”, pointing out how offshore transshipment facilitates illegal, unreported and unregulated fishing. The report dedicated a whole chapter to the Greek shipping company Laskaridis. Later that year, Greenpeace provided us with valuable data that had come up during their research. We decided to look closer at the Greek angle of the story and at the Laskaridis family’s operations in CCAMLR waters.

How much time did your investigation take and did you meet any difficulties?

We worked on the story for about six months. It took us some time to go through the data, organise them and put together all the different pieces of information.

Can you describe from A to Z the steps you followed to complete your story?

The investigation was based firstly on Greenpeace’s mega-database to which we gained access. The database contained information on the routes of dozens of ships that we had to explore. A second step was to link the ships of interest with companies, including subsidiaries or third parties, and this was really complex; data for the companies were mainly obtained from maritime databases, such as Lloyd’s or Equasis. Then, all this had to be connected, with the basic criterion of whether any of these ships had visited Antarctica before or after being detained in ports around the world for environmental deficiencies. A key element was the people in Greece who know the background of the shipping industry and helped us understand how it works. But we have to say that the biggest challenge was to write a story in a “journalistic” way, while making it understandable even to someone who has no idea what a reefer is.

How important is the role of a good editor in an investigation like yours?

It is definitely crucial, as it helps you to get the big picture. When you are immersed in a sea of numbers, names of ships and companies or satellite spots, you need someone to guide you.

Did you feel any fear or stress during your reporting and writing process? If so, how did you confront it?

The biggest stress was not to make a mistake when we had to connect the dots. A fact-checking is needed even for the most obvious points. Investigating shipping issues is also almost taboo in Greece, so we knew well the whole story would be a challenge.

Is it easy for Greek journalists to work on investigative stories like this one?

It’s usually hard to draw connecting lines between an individual, a company and a vessel. Open-source data are scarce, databases with relevant information are expensive and, for some newsrooms, inaccessible. These difficulties are probably faced by most journalists around the world when they report on stories like this.

The extra challenges we journalists in Greece face, though, is that public services in many cases completely ignore media requests, essentially refusing to provide information. That combined with the sparse and inconsistent publication of public records can make our job really tough.

What advice do you have for journalists who want to work on investigative stories like yours?

This was a data-heavy story, and it took us some time to navigate through all the information. Taking notes, making timelines and using colour tags to categorize the files and their content was a time-consuming but necessary procedure, without which we would have found ourselves lost and disoriented. And, of course, it was BIRN’s editorial team that helped us build a comprehensive story, focusing on the most important aspects of the issue.

How easy or difficult it is to work as a pair? What does a journalist need to know when he/she works in collaborative projects?

It was quite easy, as we have reported various stories together in the past and have figured out a way to work as team. Working in collaborative projects is great; each member of the team can contribute in different ways, depending on their sources, skills and experience. What is important is a shared code of ethics, a similar journalistic approach and respect for one another. It’s also useful to allocate the tasks straight from the beginning, to avoid overlapping and confusion.

Petridi is a 26-year-old (data) journalist based in Athens. She studied Political Science in the University of Athens and has worked as a journalist since 2016. In 2019, she received a full scholarship from the Stavros Niarchos Foundation to attend LEDE, a four-month data journalism program at Columbia University. She has worked with VICE, Balkan Insight, Algorithm Watch and Solomon Mag. She is a member of the Greek investigative journalism network Reporters United.

A 37-year-old journalist and producer, based in Athens, Koukoumakas studied Journalism and Mass Media at Aristotle University of Thessaloniki. He covers politics, finance and organised crime for major Greek and international media, including Vice, the BBC and ZEIT. He participated in the ICIJ special project, “Offshore Leaks”, reporting on the names behind offshore companies in the British Virgin Islands. Nominated for the European Press Prize/The Investigative Reporting Award 2017 (teamwork category), he won the EU Migration Media Award 2019. He was a BIRN Fellow of Journalistic Excellence, 2015 class.