Twenty-one students from Kosovo’s Ferizaj municipality took part in a training course on media law and extremism organised by BIRN Kosovo on October 28. 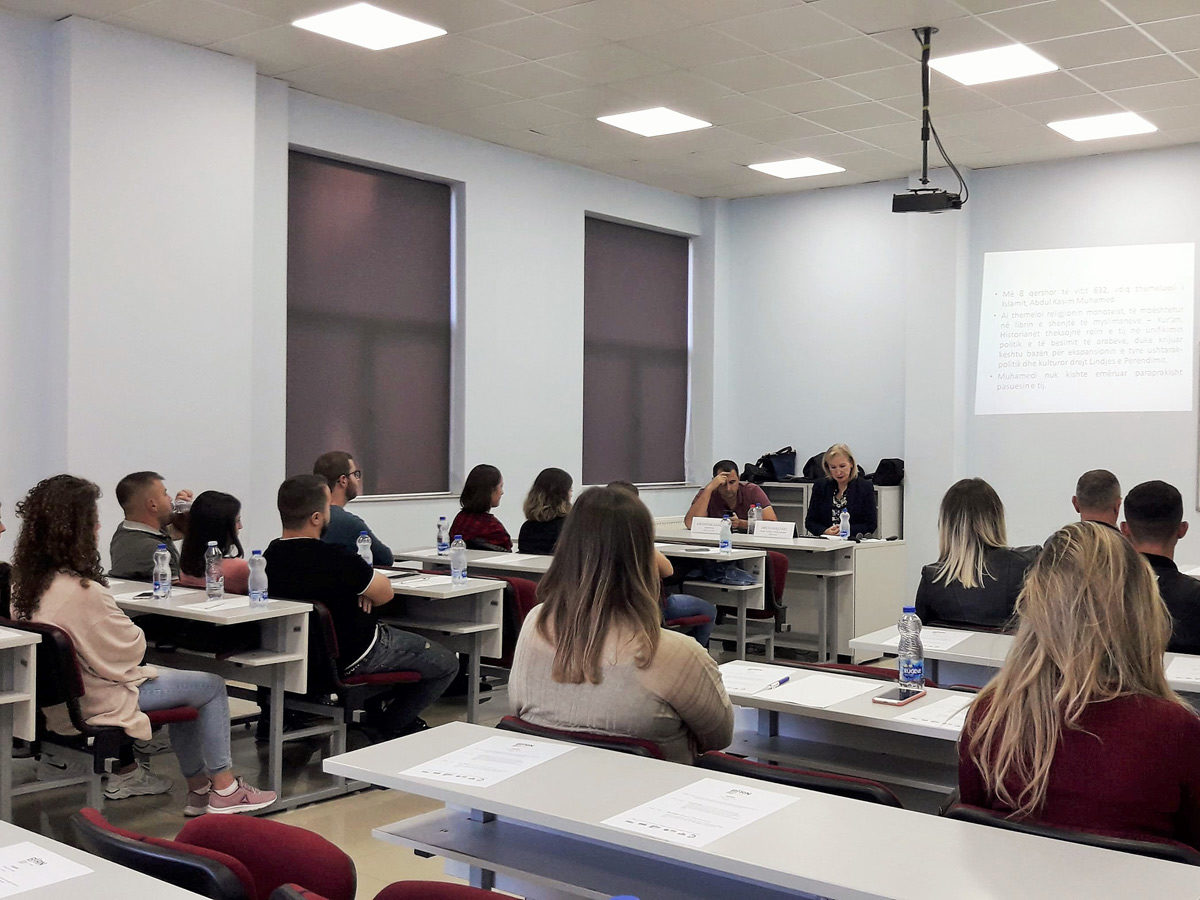 The training course was held at AAB college in the Ferizaj municipality.

The course was divided into two sessions, one led by Drita Hajdari, a prosecutor at the Kosovo Special Prosecution, and the second by Kreshnik Gashi, editor of the TV programme ‘Justice in Kosovo’.

Hajdari described the history of Islamic extremism over the years and how extremist Islamic ideology made its way to Kosovo. She further described Kosovo’s national strategy for the years 2015-2020 and how the prosecution continues to do a lot of work within the framework of the national strategy to prevent and counter violent extremism.

Gashi engaged in a more in-depth conversation with the participants and addressed questions on radicalisation through social media, monitoring of debates on social media, and the methods of reporting cases of terrorism.

According to Gashi, in order to prevent radicalisation through social media, a debate around extremist ideologies should be fostered in order to provide a counter-narrative to extremism.

The course was organised as part of the project ‘With Participatory Democracy for a Kosovo without Radicalisation’, funded by the Global Community Engagement and Resilience Fund, GCERF.