The Balkan Investigative Reporting Network in Albania marked the five-year anniversary of its online award-winning publication Reporter.al on October 24. 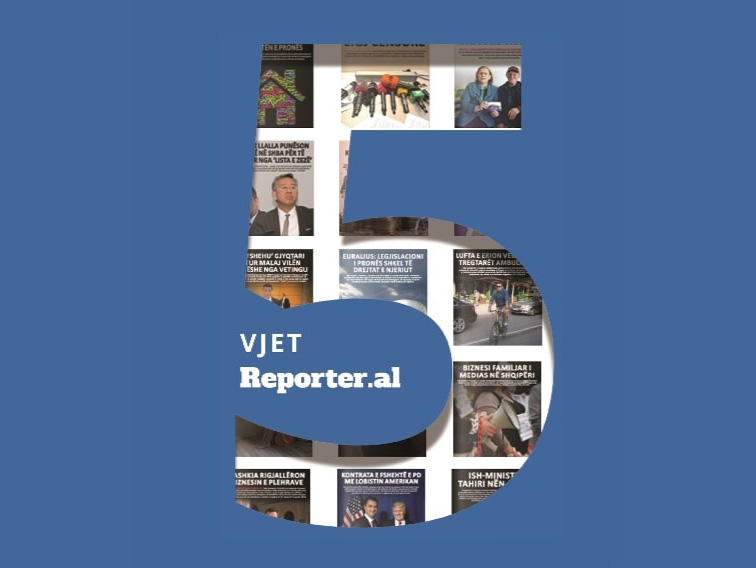 To celebrate Reporter.al’s fifth birthday, BIRN Albania held a reception at the Destil Co-Working Space in Tirana, which was attended by journalists who have contributed to the publication over the past five years, as well as civil society activists and donors.

BIRN Albania Editor-in-Chief Besar Likmeta said that when the publication was launched in 2014 with the aim to create a space to cultivate independent, hard-hitting, investigative journalism, “many were skeptical”.

“Five years on, with more than 250 investigative stories published, which have defined the news agenda, I am glad we have proved the sceptics wrong,” he said.

Since it was established in September 2014, Reporter.al has become a prominent force in investigative journalism in Albania, primarily covering the war against corruption and impunity in the country.

“We are proud to have collaborated with dozens of reporters in the four corners of the country, creating an enabling environment for excellence in journalism,” Likmeta said.

The online publication was accompanied one year after its launch by a monthly print version in Albanian and English, distributed to more than 400 institutions in Albania, including foreign embassies, government departments, ministries, media house and civil society organisations.

Also to mark the anniversary, BIRN Albania published a book featuring a collection of more than 250 hard-hitting investigations published on Reporter.al over the last five years.