Discussion of compliance with reports issued by Auditor General confirmed that country’s municipalities are lagging behind. 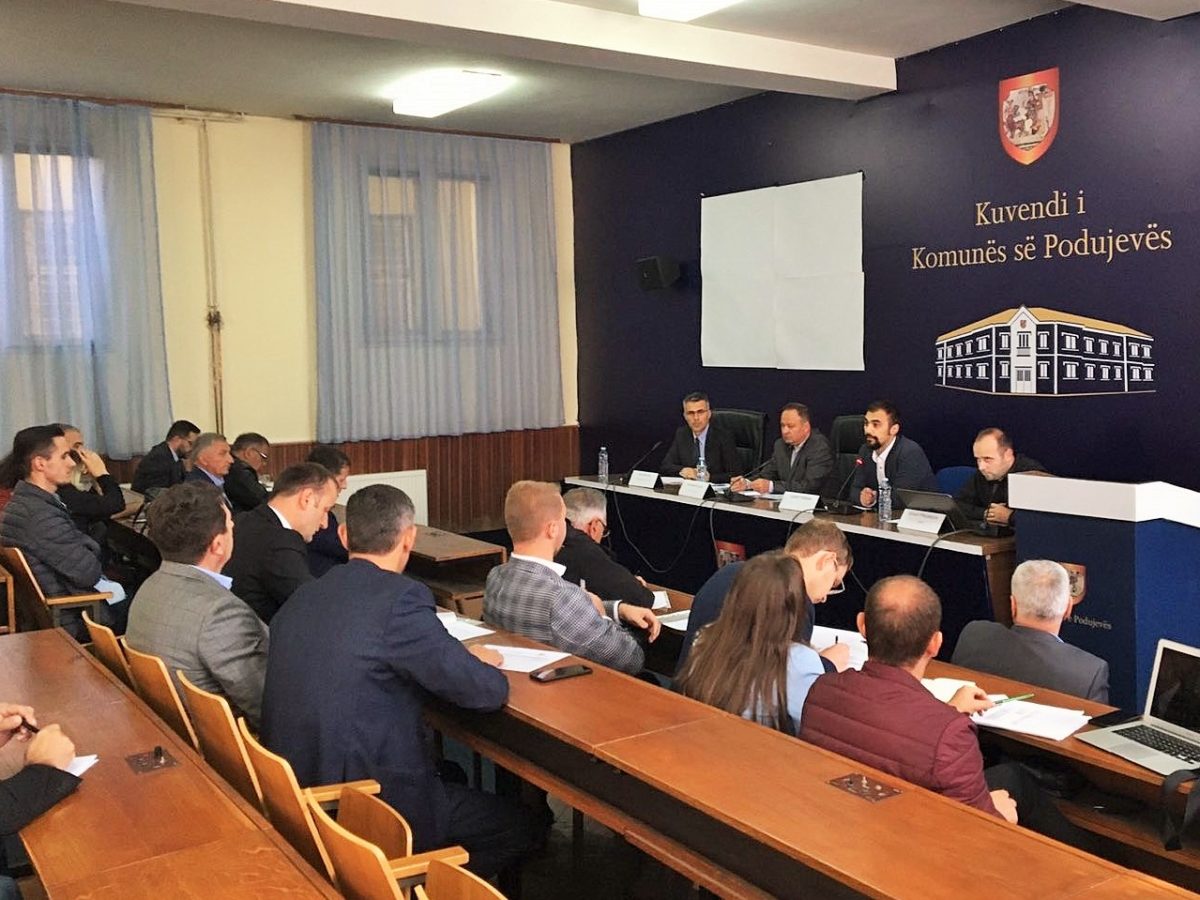 In the Kosovo municipality of Podujevo, BIRN Kosovo held the third segment of its series of debates discussing the findings of BIRN Kosovo’s audit report monitoring project on Monday, October 28, analysing reports published by the National Audit Office concerning the country’s municipalities.

The results of BIRN’s monitoring and analysis were published and discussed in an open debate with more than 30 participants from the municipality, the National Audit Office and civil society. The debate was streamed live on BIRN’s anti-corruption platform KALLXO.com.

Visar Prebreza, BIRN Kosovo’s Managing Director, gave a brief presentation on the project and the findings.

According to Prebreza, the procurement sector has seen continuous violations during the last four years of audit reports. He recalled that the municipality received a large number of recommendations, but its level of implementation of these recommendations was not satisfactory.

Compared to other ministries or independent agencies, he said, municipalities are less successful in their implementation of the Audit Office’s recommendations.

Prebreza highlighted the positive opinion issued by the Audit Office in its emphasis of what mattered for the Municipality of Podujevo. However, he added, there have also been cases of failure to register municipal property.

Deputy Mayor of Podujevo Nexhmi Rudari said they were aware of the recommendations of the Audit Office, but circumstances faced by the institution had prevented their implementation.

“Many of the recommendations have been partially implemented, some of them fully implemented – but we have to say that a large part of them have not been implemented,” Rudari said. “It is not a lack of will but rather circumstances that have made their implementation impossible,” he added.

During the debate, a representative from the National Audit Office, Ilir Salihu, discussed the importance of this kind of meeting, saying that they help address the unsatisfactory standards of implementation of recommendations by Kosovo municipalities.

“The overall level of implementation of the Audit Office’s recommendations at Kosovo institutional level is around 40 per cent – while municipalities are around 10 per cent. Audit reports aim to present the most accurate picture of public spending,” he said.

Following keynote speakers and discussion of the analysis from BIRN Kosovo, time was devoted to an open discussion and participants answered questions from the audience.

Beside providing an avenue to discuss implementation of recommendations by the Audit’s Office, the debates are also an opportunity for BIRN to record promises made both by the General Auditor and the Municipality of Podujevo – to be followed-up through Kallxo.com’s fact-checking platform, Krypometer.

The debate was organised within the framework of the project, “Support civil society to increase public oversight and accountability of Kosovo public institutions”, which is funded by the British Embassy in Pristina.

This specific activity is organised as part of the component looking into the compliance of targeted institutions with the recommendations of the Auditor General’s Reports.