Nineteen young journalists from the Prizren municipality in Kosovo took part in a special training course on investigative journalism on October 17-18, organised by Internews Kosova and BIRN Kosovo. 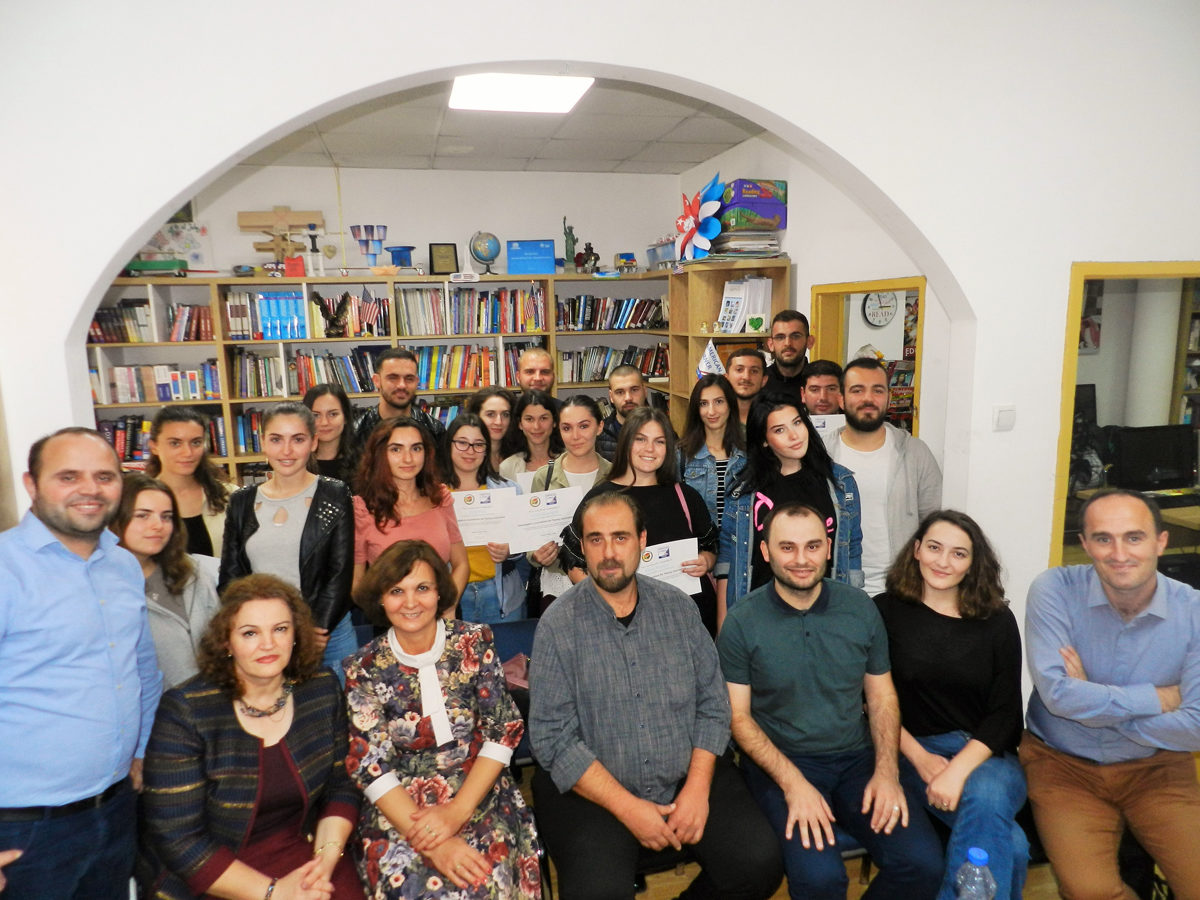 The course was held at the American Corner in the southern Kosovo city of Prizren.

The course was divided into 11 sessions, covering topics including reporting and monitoring, building public credibility for media that fight corruption, fact-checking, public speaking and television reporting.

The director of Internews Kosova, Faik Ispahiu, who specialises in providing training on broadcast media management, marketing, and TV production, as well as in developing commercial media strategies, used KALLXO.com, BIRN Kosovo’s online anti-corruption platform, as a case study during a session on the use of whistleblowers to fight corruption.

He spoke to participants about building public credibility for media reporting on corruption, as well as BIRN Kosovo’s television programmes ‘Life in Kosovo’ and ‘Justice in Kosovo’, and on how to transition print media to become online platforms.

KALLXO.com’s editor, Visar Prebreza, spoke to participants about types of reporting and monitoring, including how to use social media to source stories and how to identify fake news.

He also elaborated on the reporting done through Kallxo’s fact-checking platform ‘Krypometer’ (‘Truth-o-Meter’), using corruption reporting platforms and information from citizens to investigate major cases of corruption and organised crime, as well as monitoring public procurement and building journalistic reports based on monitoring audit reports.

KALLXO.com law office coordinator Labinot Leposhtica also led a session on media regulations and ethics, including ethical reporting and the self-regulation of print and digital media, as well as basic court reporting.

To round out the training, Leposhtica and Prebreza held an intensive workshop for the participants, providing them with in-depth knowledge on how to access the Public Procurement of Kosovo website and address practical issues in procurement and auditing using cases from court and public procurement monitoring.