As part of the ‘Fact Checking for Accountable Media’ project, BIRN Kosovo held a training session on implementing standards and the verification of facts at the Hotel Kristal in Gjilan on October 24. 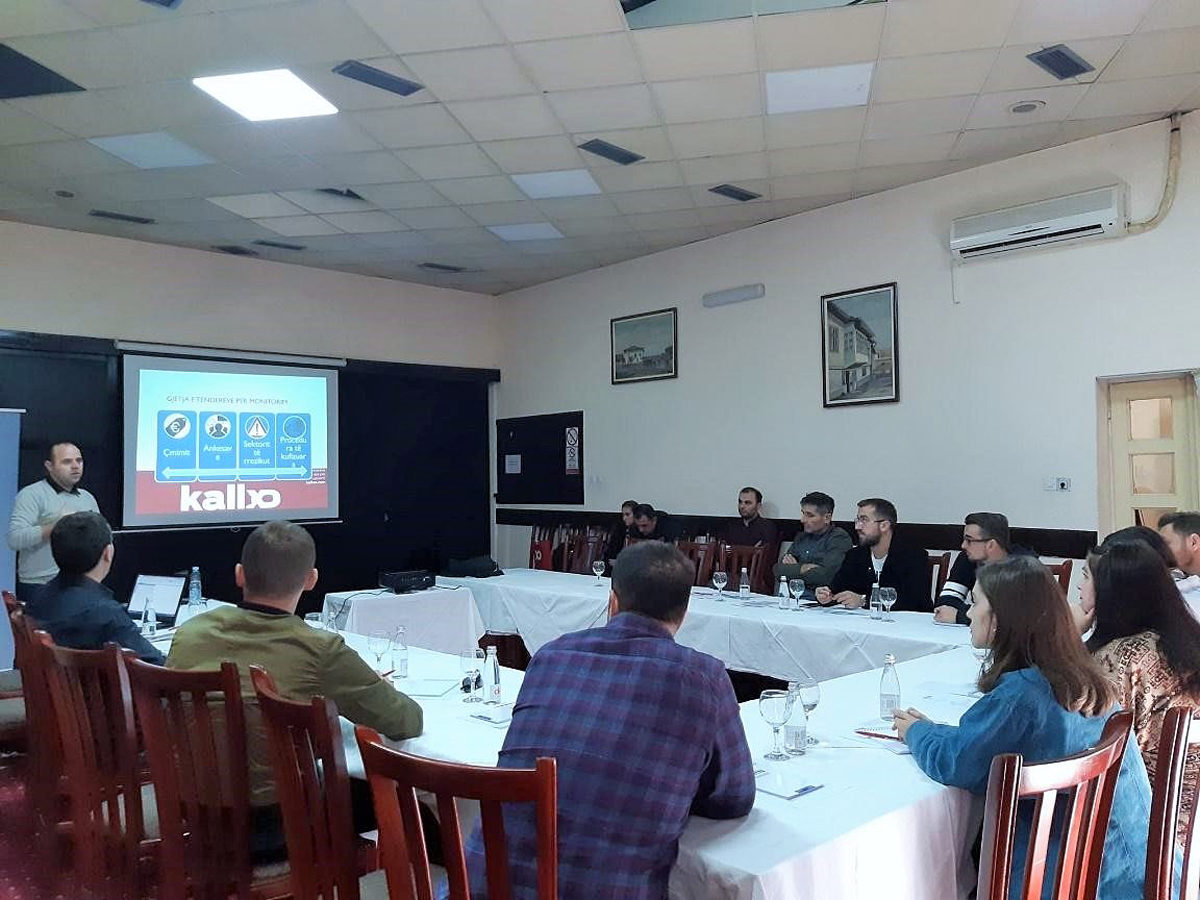 The workshop was attended by ten representatives from local media in Gjilan, Viti and Kamenica, who were eager to gain knowledge based on the experiences of the BIRN Kosovo team represented by Kreshnik Gashi, the anchor of the ‘Justice in Kosovo’ television programme, Visar Prebreza, editor at Kallxo.com, and Labinot Leposhtica, a coordinator in BIRN Kosovo’s law office.

In the opening session, Gashi shared his knowledge and experience on fact verification and secure reporting, as well as thorough research methods based on International Fact-Checking Networkstandards and research based on reports from whistleblowers.

Prebreza meanwhile elaborated on the reporting conducted through Kallxo’s fact-checking platform ‘Krypometer’ (‘Truth-o-Meter’). He explained how to use corruption reporting platforms and information from citizens to investigate major cases of corruption and organized crime, as well as how to build journalistic reports by monitoring audit reports.

Representatives of the local media successfully completed the training session and were provided with certificates.