BIRN Kosovo held the second of its series of debates discussing the findings of its audit report monitoring project on October 22 at the municipal assembly building in Ferizaj. 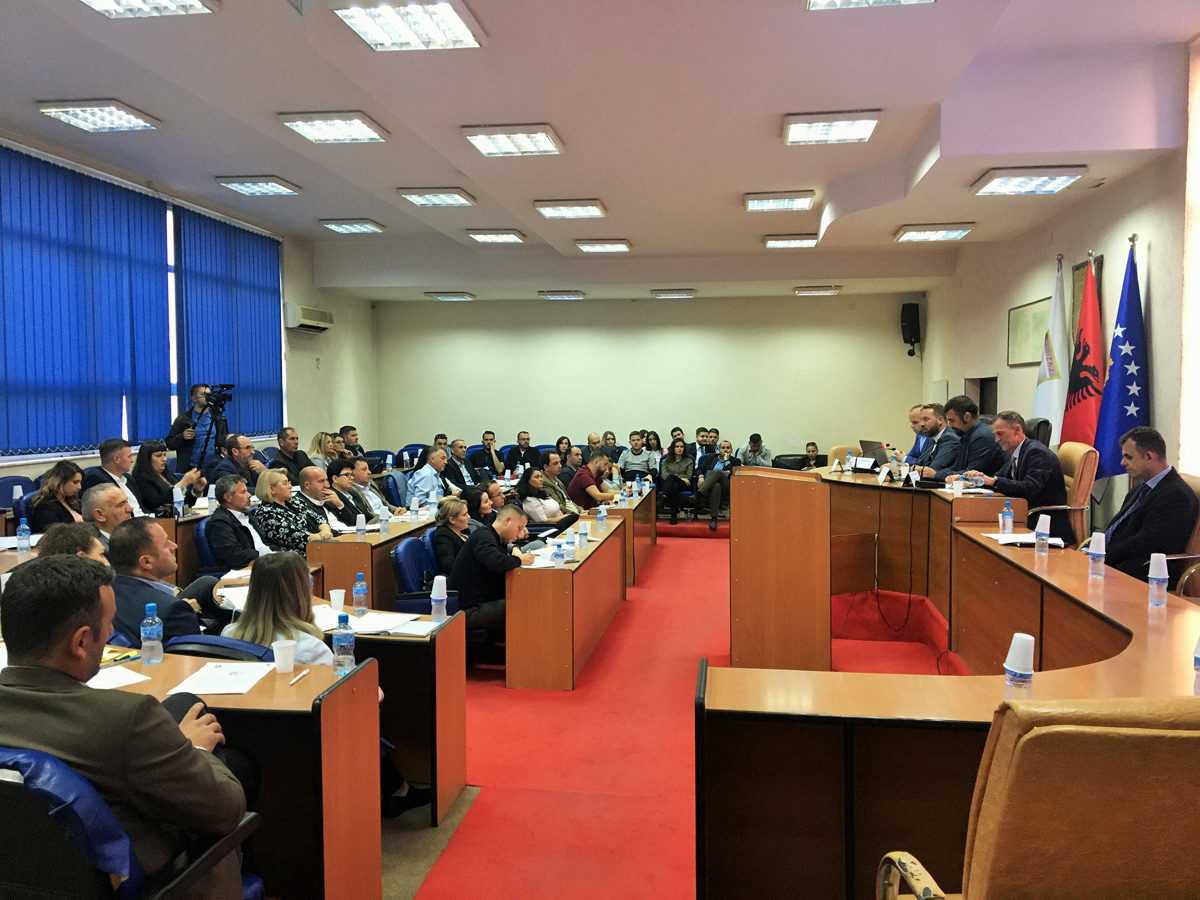 The project analyses reports produced by the National Audit Office on the country’s municipalities.

Results from BIRN’s monitoring and analysis were discussed in a debate, with more than 50 participants from the Ferizaj municipality, the National Audit Office and civil society. The debate was livestreamed on BIRN’s anti-corruption platform KALLXO.com.

Visar Prebreza, BIRN Kosovo’s managing editor, said that of the 29 recommendations given to municipal officials by the National Audit Office, only five have been implemented by the Ferizaj municipality.

“The auditor’s recommendations should be taken more seriously by the municipality of Ferizaj, starting with the mayor,” Prebreza added.

Following the discussion of the analysis, there was an open discussion and questions from the audience.

The debate was organised as part of a project entitled ‘Support Civil Society to Increase Public Oversight and Accountability of Kosovo Public Institutions’, funded by the British embassy in Pristina.

Similar debates will be held in other municipalities in Kosovo to present BIRN Kosovo’s analysis of the implementation of the auditor’s recommendations.

Each debate will be held in municipal assembly buildings and will be livestreamed by BIRN Kosovo.

At the debates, promises made both by the General Auditor and the municipal will be recorded and then followed up and fact-checked by BIRN Kosovo’s fact-checking tool Krypometer.