On April 28th, BIRN Kosovo delightfully ended the month of April by hosting two important diplomatic figures in Kosovo, the current U.S Ambassador to Kosovo, Greg Delawie, and Atifete Jahjaga, who served as the fourth president of Kosovo. 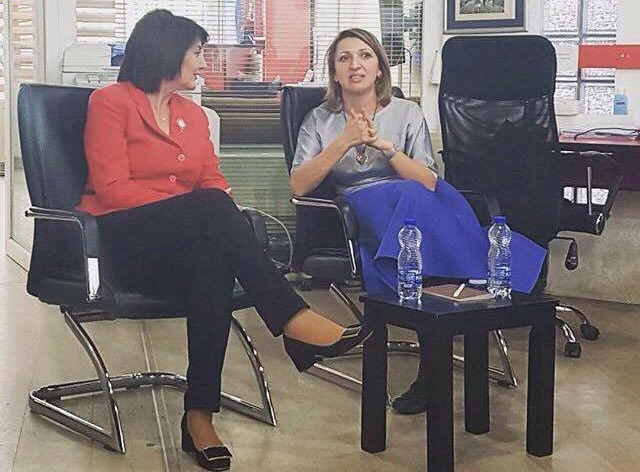 In their separate discussions at the BIRN Kosovo office, Delawie and Jahjaga each emphasized that producing in-depth analytical and investigative journalism on complex political, economic and social issues in Kosovo is an absolute necessity. They declared their appreciation for BIRN’s commitment to fighting endemic corruptive behavior in the country. They also applauded BIRN’s success in conducting the annual report on the monitoring of Kosovo’s courts, in which BIRN Kosovo and Internews Kosova monitors tackled challenges and shortcomings in the justice system.

U.S. Ambassador Delawie expressed his concerns about the imbalanced judicial system in Kosovo, emphasizing the need to combat the partiality and injustices within the system. He went on to congratulate BIRN’s efforts to continuously conduct analysis on corruption within the judicial system in order to assess its performance in respecting legislation and adhering to work ethics and procedural regulations. The Ambassador said that BIRN Kosovo, by producing top-quality, timely, and relevant coverage, is a trendsetter in Kosovo’s media landscape.

Similarly, Jahjaga voiced her concern that Kosovo’s justice institutions infrequently address high-profile corruption cases and instead focus on processing petty corruptive cases, for which soft sentences are often delivered. She congratulated BIRN’s efforts to focus on the treatment of corruption charges, analyzing the problems and obstacles faced in the war against corruption. Jahjaga, the first woman to be president in Kosovo, said that though she is keeping her options open regarding her future plans, there is one particular issue she is certain about: she will continue to work for the survivors of wartime sexual violence, which during her five-year mandate remained one of her main priorities.