On May 5th, 2017, BIRN Kosovo’s television programme Jeta ne Kosove and the anti-corruption platform KALLXO.com were awarded with second place for investigative journalism by the European Union Office in Kosovo. 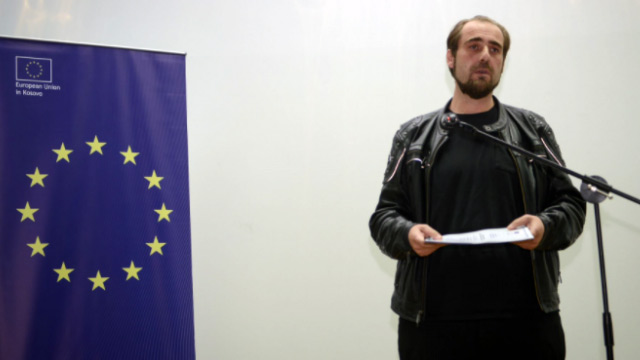 The investigation that appealed to the five-member jury was “Organized Tax Fraud,” which revealed that over 300 Kosovo businesses were involved in a tax evasion scheme through the use of shell companies.

The three-part, 11-month investigation also revealed that the state prosecutor went after the shell companies, which had homeless and poverty-stricken people listed as owners, instead of the actual companies that benefitted from the scheme. After the affair was reported to the state prosecutor, he decided not to go after the businesses that were involved in tax evasion, and instead went after the vulnerable owners of the shell companies, who were unaware of the situation they were involved in.

Accepting the prize, Faik Ispahiu, the show’s producer and director of KALLXO.com, said that to this day the same prosecutor was handling the case, and instead of being punished, he was being rewarded with a trip to the US. The results of the investigation, Ispahiu said, are still ongoing.

This is the second time that Jeta ne Kosove has been awarded with a prize for investigative journalism by the European Union, after receiving an earlier award for the investigation into the “Stents Affair.” During the ceremony, Luigi Brusa, Head of Cooperation Section of the EU office, said that his organization is pleased to support people who support the principles of the European Union.