Two BIRN stories won this year’s Investigative awards from the Independent Journalistic Association of Serbia in the categories for print and on-line media. 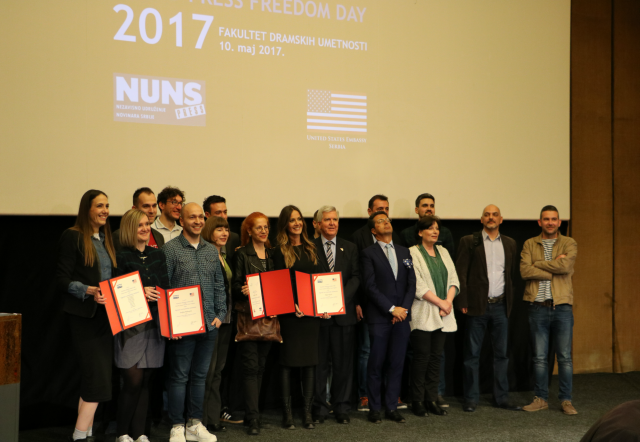 “Secret of Vucic’s tavern” won the award in the print media category. BIRN Serbia journalist Jelena Veljkovic wrote on how Serbia’s Property Directorate claimed not to know that an exclusive restaurant had been opened in a part of the Belgrade Cooperative building, which the directorate had leased to the “Belgrade on water” company, refusing to answer whether it believed this use of public property was in accordance with the law.

A story by a group of journalists from BIRN and OCCRP, “Making a Killing: The 1.2 Billion Euro Arms Pipeline to Middle East”, meanwhile won the award in the online media category, along with a colleague from the Center for Investigative Journalism, CINS, whose story showed that the Governor of the National bank of Serbia plagiarized a significant part of her doctoral thesis.