Krusha e Vogel is the place where one of the most horrible massacre took place during the war of 1999. 113 civilians were killed; 86 of the bodies are not found yet and the assumptions are that they were cremated or thrown in the river Drini i Bardhe. One of the survivors claims that the entire village ran to the mountains since they were surrounded by the Serbian forces. Kosovars were separated in men, women and children where all men were killed, even if they were thirteen years old. 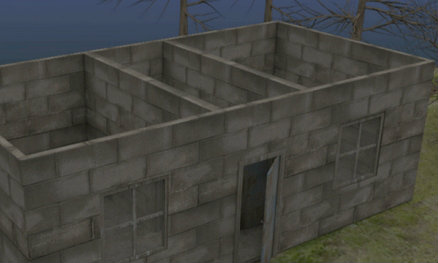 Prosecutor Michalczuk, when asked about the start and proceedings of investigations towards Krusha e Vogel answered “We have officially launched investigations in late May of last year. Exactly 31 May 2012. At least, the number of suspects reaches number 56, for now.” Also he claimed that they cooperate with Serbia and ICTY in The Hague.

Michalczuk is optimistic towards finding evidence, even though fourteen years have passed since the massacre. “Once completed the process of gathering evidence, we will, first, talk to the perpetrators individually accountable for their individual actions, and then issue the arrest at a proper time, if we collect enough evidence”, says Michalczuk.

According to Michalczuk UNMIK have not done any kind of investigation regarding this massacre. However, Mr. Salgado – UNMIK, through a letter towards “Justice in Kosovo” wrote that there were some findings from UNMIK but all was handled to ICTY in The Hague.

Eduard Gold, head of unit for war crimes in EULEX, claims that the investigations have started from 2008 by EULEX.

“The case of Krusha e Vogel actually began when EULEX received mandate in 2008. The difficulties we had in this case been, at first, of course, the period of transition from UNMIK to EULEX, for a while”, said Gold.

When asked about the time that these investigations could take, Gold added: “There is a lot of information about the suspects, even for witnesses. The time needed to check all this information is too long. Once we see that there is sufficient evidence to proceed further, of course we will continue the investigation. I will not give timeline, but of course we do not want to take too much time.”

There is a huge disappointment in between people in Krusha e Vogel. One of the survivors claim that the investigations are done unprofessionally and feel skeptic whether the aggressors will pay for their crimes.

“For two days Krusha e Vogel lost 102 people. First Day on March 25 has lost nine people, while a second day another 102 people missing, “says Agron Limani, director of the association “26 March 1999”. Moreover, the distrust among the population became even higher when UNMIK promised that the aggressors will be imprisoned but did nothing.

In summation, apart from the massacre in Krusha e Vogel, many massacres took place in Kosovo during the war of 1999 and are waiting for the attackers to pay for the damages.