“Justice in Kosovo” interviewed three EULEX prosecutors to acknowledge their work and prosperities achieved related to fighting the serious crimes in Kosovo. 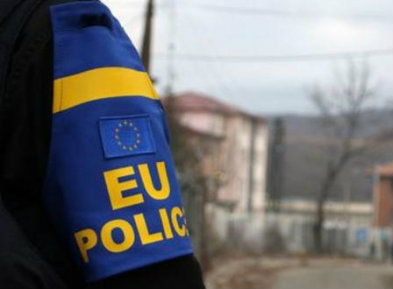 The prosecutor Cezary Michalczuk has worked in Poland as a prosecutor for fifteen years. He claims that his main reasons for coming in Kosovo are his idealism and his desire to share his knowledge for the greater good.

Asked why he decided to come in Kosovo and leave his decent job in Poland he said “I could give you my personal reasons. When I was in Poland, I was a specialist in certain areas of criminal law, and since many of my colleagues did not know about the European criminal law, I believe that it is my duty to transmit my knowledge.” This logic applies about his coming in Kosovo.

Also, Nita Amin who has worked in UK for twenty eight years has a decent background as a prosecutor since she had dealt with various crimes in the United Kingdom.

The third prosecutor, Philip, was a defense counselor, depute judge, and a public prosecutors for eighteen years. His main reason for coming in Kosovo is because of the so called “seconded” – a temporarily transfer from his own country.

“In Kosovo, in terms of the crime I deal with similar criminal acts [as in the United Kingdom]: murderers, aggravated murderers, unlawful possession of weapons, human trafficking etc.” added Amin when asked about the types of crimes that are under her department.

In regard to the collection of evidences towards the attacks that happened on 14-17 March 2008, Amin added “Well, as you know, the events took place 14th – 17th of March 2008; therefore, the investigation was conducted by the former UNMIK police officers and they launched a Task Force investigation and all the evidence was collected by UNMIK.”

“Justice in Kosovo” implied that there were a lot of records where more than six attackers were identified, and Amin added that one of her tasks is to find out more suspects since the investigations are still open.

The Task Force was created by UNMIK since the attacks against KFOR soldiers happened in Mitrovica from 14-17 March, 2008 and its mission is to investigate, arrest and prosecute serious crimes.

An international officer was killed during this crime event in Mitrovica, where according to Amin that issue is still open and the murderer is not found yet.

“Justice in Kosovo” emphasized that there were 10 Kosovars killed in 2000 in Mitrovica and asked whether there are any investigations done towards it. Amin answered “I am aware of the incident. As for the investigation I cannot answer because that’s not one of the cases that it is in within my office, and since it happened during the UNMIK times I am not sure whether they handed the investigation to EULEX or not.” The same answer was in regard to the question about the crimes that happened during 2004.