On December 28, 2012, the municipality of Prizren had published a contract notice for “supply of food items to the members of Parliament and civil servants of the municipal administration of the city of Prizren”, according to which the interested economic operators should have submitted their documents until January 7, 2013, at 15:00. The tender, according to the laws in power, was open until January 8, 2013. Moreover, the notice for contract to Ben-Af company was issued on January 23, 2013 and the total value of 43.600 euros or 100 euros per person. Surprisingly, the entire administration and Ramadan Buja, the head of Prizren, were caught shopping on the New Year’s Eve in the shopping center Ben-af. This allows concluding that the tender was done against the judicial frames. 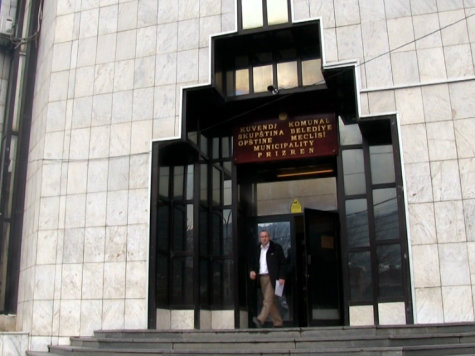 Abdullah Limani, KRPP expert, said that this procedure was against the law for tenders. “What happened to tender for the supply of food items in Prizren is against any procurement standard,” Limani said. “Supplies, works or services must not be performed once, and then the procedure”.

Fatmir Kastrati, AAK, claims that he used his 100 euros to buy in Ben-af. “The decision of assembly was lawful, but then the procurement law was violated and this is not the problem of municipal councilors,” Kastrati said.

The LDK informing department in Prizren reacted with a statement, according to which, without even meeting the legal terms of procurement, the municipality prejudiced the tender winner; therefore, eliminating real competition and violating the law.

Abdullah Thaci, the information department of the LDK, said that “the municipality identified the winners themselves and just then formally announced tenders”.

Naim Cahan, an official of the organization KDI, said that based on the calculation of this organization, the sum of 43 600 euros would have been sufficient to give 80 euros to 45 families with social cases per month annually.

Legal Officer of Ben-af, Besnik Kuqi, claimed that the firm had fulfilled “all the conditions required for the competition” and that it had won the tender. It is the duty of the municipality of Prizren to reason the documentation given to Ben-af.

Acting chief of the procurement office in Prizren, Alban Susuri, said that the contract has not been signed because the municipality has no means. And he added that he has no clue why these groceries were bought in Ben-Af by the administration.

He noted that although Ben-Af wondered the tender, the contract has yet to take effect because the municipality doesn’t have the money to pay for it.

“Some officials, including the mayor, have not withdrawn the funds,” said Berisha. “I would like to confirm the citizens that we are within the practices of decision-making”.

There are also other problems with the same content in Prizren. Opposition parties which were interviewed have criticized the municipality that since 2009 has invested about 900 thousand euros for the construction of the cultural center in Zhur, but it is not finished. The construction of this object, according to the contract between the Municipality of Prizren and firm “Elshani”, should have been finished within a period of 150 days. So far, they have spent about 800 days.

Florin Beqiri, director of local government audit in the Office General of the Auditor in Pristina, said the facility had been audited and found that its construction had not been foreseen at the procurement plan.

Revelations of the legally suspect contract come as Prizren faces a corruption scandal.

In February, a prosecutor from the EU rule of law mission, EULEX, indicted the mayor, Ramadan Muja, and five other municipal officials for corruption involving the illegal use of municipal land. Muja has dismissed the allegations as politically motivated.