BIRN Kosovo streamed its first live web debate on July 4. The debate on the amnesty law represented a new product for BIRN Kosovo, and it gained the attention of numerous viewers. 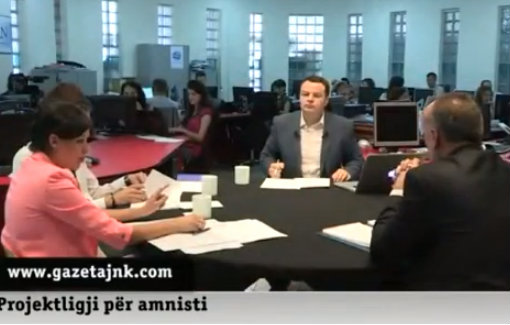 The guests were Daut Xhemajli – deputy minister of justice, Albulena Haxhiu – deputy from Vetevendosje, and Florent Spahija – legal advisor in BIRN. Also, prisoners from the prison of Dubrava were a part of the live debate through telephone.

This law has been opposed by some members of the opposition in the parliament, while the government said the law was crucial.

A prisoner from Dubrava said that they want to benefit from the law on amnesty just like the other prisoners from the region. “We are not asking get fully amnestied, but just for an acceptable percentage,” added the prisoner. He also claimed that they had a decent support from the government, but no support at all from the other parties from the opposition.