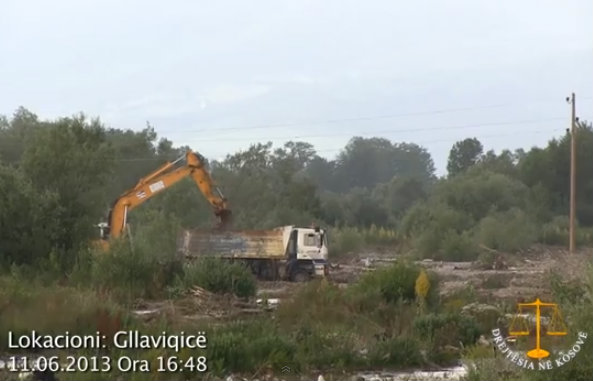 The June 24 programme also aired exclusive footage of government inspectors from the Independent Commission for Mines and Minerals being attacked during the seizure of an excavator.

“People are following me, and I am scared. I had to take a vacation from the job and I have not left home since then alone,” said inspector Refki Morina, who reported that the threats stopped after the programme aired.

“Justice in Kosovo” found that those taking the gravel were doing so at the expense of the environment.  Furthermore, judicial bodies have failed to prosecute the exploiters, who typically start work at 4 p.m., when inspectors are off-duty.