The United Nations General Assembly declared May 3 as the World Press Freedom Day to raise awareness of the importance of freedom of the press. To discuss the freedom of press in Kosovo “Rubikon” TV programme  invited representatives from Association of Professional Journalists in Kosovo, media commission from the parliament, Radio Television of Kosovo, and BIRN – represented by Flutura Kusari. 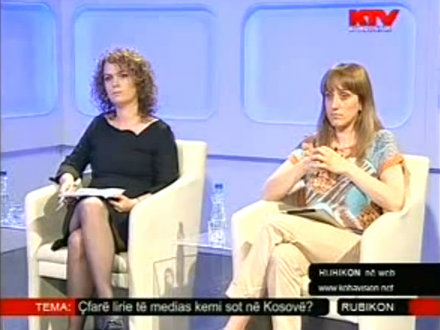 Kusari, legal advisor at BIRN, explained the law on Access to Public Document, adopted by the Assembly on October 7, 2010, which gives full access to public documents.