The next municipality visited by “Life in Kosovo” was Malisheva. Before the debate begun, a TV report was screened, which shows two year-old footage of mayor Kilaj promising construction of many schools as well as construction of sewage collector and the improvement of water supply without leaving aside investments in tourism and farming. 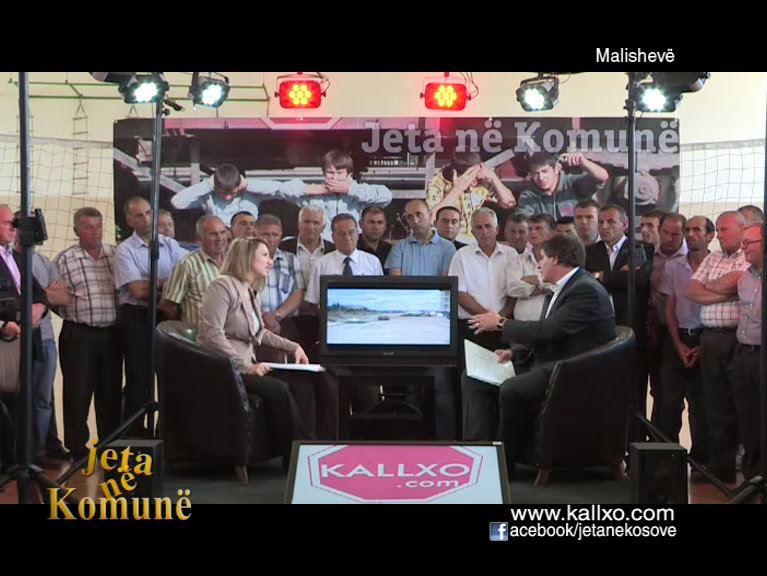 Monitors of the GAP institute and BIRN went to there in order to monitor to what extent has mayor fulfilled his promises.

The monitors found that, the construction of the wastewater collector has not started yet and confirmed the claims by Malisheva opposition of Malisheva which say that no investments for this project have been planned.

“Even though this is considered municipality’s great achievement and despite that 90 per cent of the work is done, the promise is not close to realization, because this is a very expensive project,” said Besnik Hoti, assembly member from the Democratic Party of Kosovo.

The same evaluation of this project was given by the representatives of “Vetevendosje” movement, who said that this promise has not been fulfilled at all. According to them, the implementations of different projects were focused only on some villages where the sewage system was built, but not to an extent which would make the project functional and successful.

A resident of Bubel village, concerned about this project’s failure, as this would further decrease the quality of living of the locals.

In addition, the investments to increase the tourist capacities of this municipality are missing. The most beautiful tourist attractions, particularly the “Mirusha” waterfall, were not subjected to any mayor investment. There were, however some investments, such as the expansion of the road which leads to the waterfall and the construction of several parks, an investment which still awaits completion.

On the other hand, Mr. Kilaj said that all the criticism with which he was faced during the debate had a political background. As far as the construction of the wastewater collector is concerned, he said that this part of the project will be finished within two or three months.

At the end of the debate a woman considered to be a role model and the “Pride of the Municipality”, was presented to audience. Mrs. Mazeku is a teacher who dedicates all her time to working with children with special needs.