Mayor Sokol Bashota talked about how he met the promises he gave during his election campaign and how citizens and opposition evaluate his work. 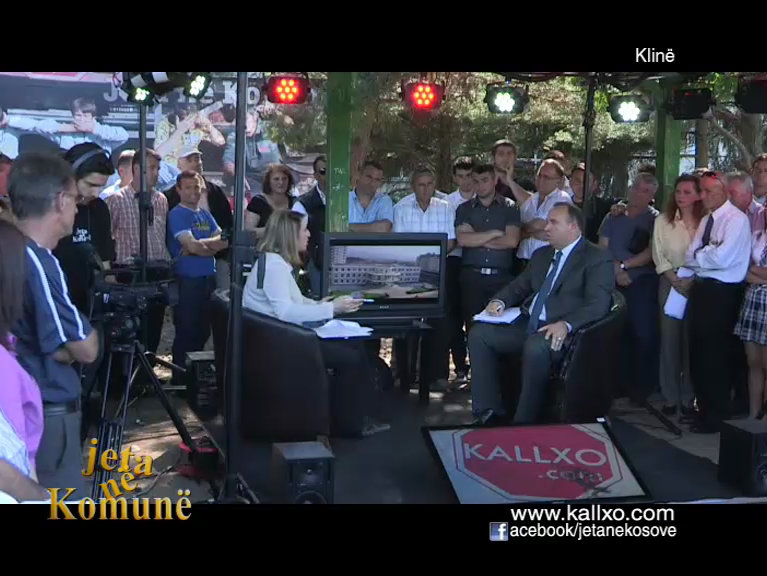 During the campaign of 2009, Sokol Bashota – the candidate of the PDK (Democratic Party of Kosovo) committed himself to continuing the projects he started working on during his first mandate. Two and a half years later, the city’s Culture House has not been completed, the bus station has not even entered the construction phase and drinking water is still a big problem for citizens of this municipality. But the local government led by Mr. Bashota took pride in completing the “White House” – municipal buildingmade for their needs.

During the debate mayor Bashota spoke of municipality’s achievements which, in his opinion included asphalting 70 kilometres of roads and pavements and also repairing some parts of the the riverside pavement?).  As was the case with Prishtina debate, representatives from opposition parties and Klina citizens criticized mayor for delays with the construction of the bus station. They said that 13 years after the war, this bus station has not started functioning.

“The truth is that the construction of the bus station is not even being discussed. The issue has been neglected by this government,” said Enver Berisha from the Alliance for the Kosovo Future.

Bashota, who is serving a second term as mayor of Klina, blamed the previous government for not giving enough construction space in the vicinity of the train station, where the new bus station is supposed to be built. He promised again that the bus station will be completed during this mandate.

According to Mr. Bashota the urban plan for the municipality is being changed. “This project is in progress,” he said. On the other hand, the Vetëvendosje representative Skender Murturi said: “First they construct the buildings, and then they change the urban plan according to their interests.”

Mayor Bashota said: “The apartments, according to previous legislation were given  to members of one political entity. Now, those flats are shared equally by all entities.”

Other criticism aimed at the mayor was concerning the excessive public expenses during this year (which are up to 80 percent higher than last year). Bashota argued that the expenses were necessary in order to do a job as good as he argues his team did.