“Life in Municipality” a new series of TV debates with Kosovo municipal politicians and public was presented within weekly TV broadcast Life in Kosovo, taking place in all Kosovo municipalities. 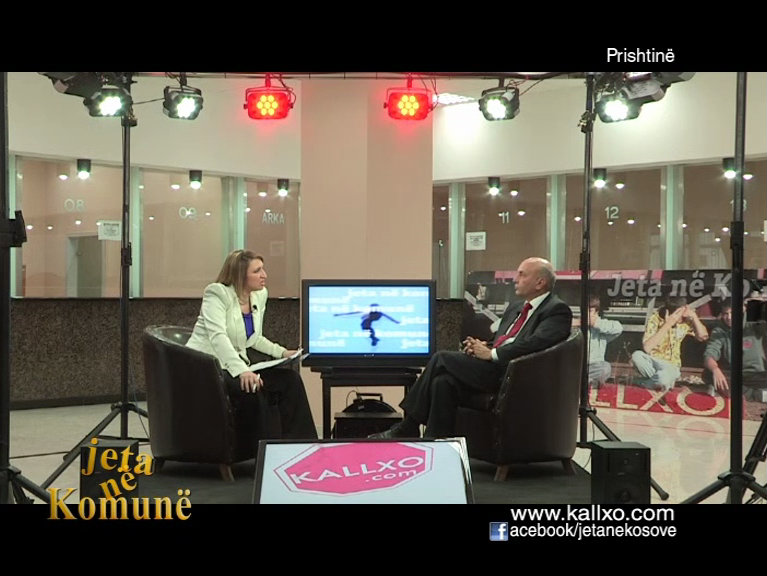 The idea behind this format of debate is to speak to mayors of municipalities, and to ask them to what extent they have fulfilled the promises given during the election campaign at the end of 2009.

The first in the series was the municipality of Prishtina – which is also the capital of the Republic of Kosovo. The viewers could watch the debate with the mayor of this municipality, Isa Mustafa.

Alongside Mayor Mustafa were the representatives of political parties which are active in Prishtina, such as PDK, AAK, AKR and Vetëvendosje (self-determination), as well as civil society representatives and journalists.

Before the mayor confronted opposite opinions in the debate there was a brief TV report from 2009 election campaign reminding viewers of promises given then by Isa Mustafa.

Also broadcasted was a report prepared by the researchers of GAP Institute and BIRN, which showed how the promises regarding Prishtina were put to practice. Based on this research the capital continues to be in a state of urban chaos with just a few buildings having construction permission. In addition, this report also uncovered stagnation in terms of economics development, with special emphasis on stagnation of the development of small and medium-size enterprises in this municipality.

Transparency of officials was another reason for discontent of civil society representatives and the journalists taking part in the debate.

Avni Bytyqi from INPO NGO said: “The municipality of Prishtina is transparent only in cases where work resulted in success. On the other hand, if we want to have access to any document or information which the officials hold, we face many obstacles, since the information within the municipality is centralized  and it is very difficult to reach the competent officials who deal with access to information.

Mayor Mustafa did not accept criticism saying that it was both unfounded and unreasonable.

The debate left space for success stories presented by the mayor. According to the municipality of Prishtina the construction of underpass located in the centre of the city has been considered the key success. “This underpass enables free movement for citizens especially for children and elderly people,” said Mr. Mustafa.

He continued by mentioning another success of his municipality, saying they have repaired 58 elevators in some residential buildings in Prishtina. Also mentioned was the construction of new library in “Dardania” neighbourhood as well as construction of green spaces in  some streets of Prishtina.

On the other hand “Life in Kosovo” shed a light on other shortcomings Prishtina municipality is facing. Citizens cited the lack of parking spaces as well as problems with drinking water as main problems. Most of Prishtina citizens face issues with drinking water, despite Mr. Mustafa’s promise that this problem will be solved during his mandate.

The audience that also participated in the debate expressed their dissatisfactions with the achievements of the municipality in the past two and half years.