Since 2007, Dragash municipality has been governed by the Kosovo Democratic Party and its mayor Salim Jenuzi. This is his second term coalition with VAKAT – Gorani Party. 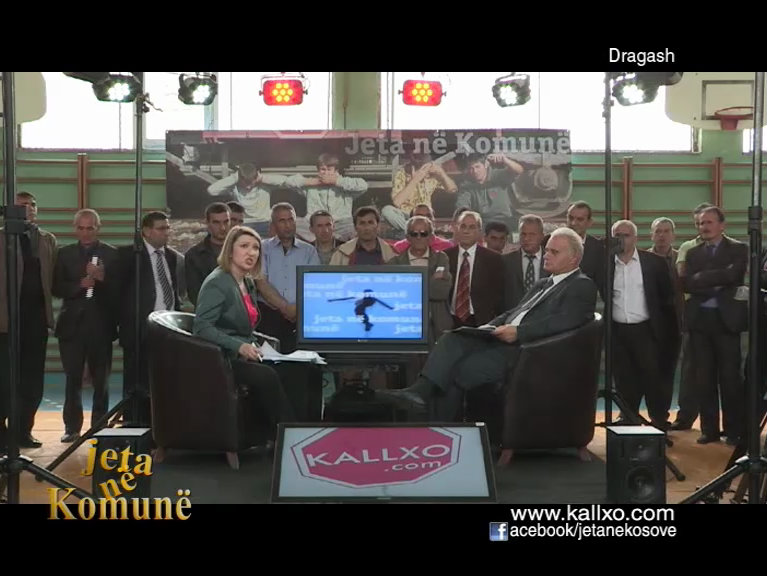 Dragash municipality is one of the municipalities with the lowest budget, standing at around 5.9 million euro. In the past two years a significant part of the budget has been used for road construction. Due to poor economy, a vast number of citizens of this municipality emigrated and many villages risk being empted. On the other hand, the municipality continued to construct roads to these villages despite the low number of residents.

During the 2009 election campaign, mayoral candidate for the second term, now Mayor z. Salim Jonuzi (PDK), had presented to the electorate a development program and other promises for better life in this municipality. After recording all the promises made during the election campaign, GAP Institute researchers and those from BIRN came to the municipality to see whether the promises of Mr. Jenuzi have been met. As usual, at the beginning of the program, there was a TV report with promises, which also pointed to the conclusion about them being met or not.

The report included citizens, members of civil society and opposition parties who showed their concerns about these promises not being realized.

Among the promises made by Mr. Dragash Jenuzi were: construction of a hydro plant in Zhur, despite the fact that the implementation of such project is the responsibility of respective ministry. In 2009, the municipality decided to prohibit construction of new facilities in three villages (Qollopek, Brezne and Buqe) and decided to move the local population because of the hydro plant. But, despite this, the people continue to build new houses there, Brezne also being the only village in which houses were built over the past 12 years.

The citizens of the municipality said that nothing has been done in terms of realization of these promises. Furthermore, the villagers to be relocated have not received any official information regarding the future of their assets.

Other promises had to do with the construction of school buildings and supplying the existing schools with new equipment and cabinets. Researchers of GAP Institute and BIRN have observed that up to now there was no new school built. Further, there has not been any increase in quality of education in this municipality. For example, replacing the experienced teachers with those who just graduated raises concerns about quality which the educational system of this municipality is offering.

The mayor has promised improved conditions in the health sector. More specifically, he promised to supply the FMCs with the necessary drugs. In practice, most of the FMCs continues to experience the lack of essential drugs. Citizens are forced to buy drugs in private pharmacies which are not near the health institutions.

Mr. Jenuzi has promised the improvement of infrastructure as well. Two years ago, he promised to pave all of the city’s roads. It is evident that most of the roads are finished and are functioning well, but there still are many roads in the city as well as the villages, which have not been paved yet.

After seeing the report, Mr. Jenuzi said: “We, nevertheless tried to improve the lives of citizens as much as we could…I can say that all the local roads have been asphalted, except for three, which we have not managed to finish,” he concluded.