“Life in Kosovo” team went on 26 August 2012 to Istog municipality in order to organize a debate with the mayor of this municipality as well as with citizens and representatives of civil society. Both sides have confronted their arguments regarding the fulfilment of the promises made by Mayor Fadil Ferati at the end of 2007. 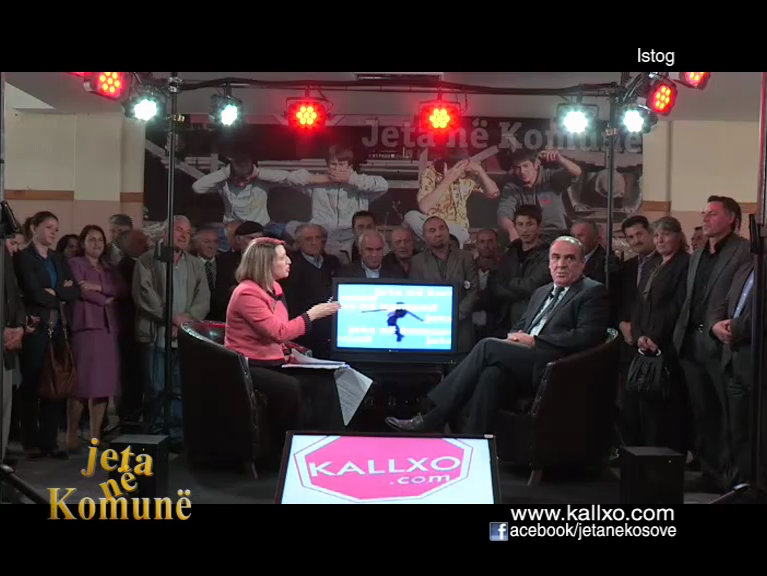 GAP Institute researches and those from BIRN have revealed that during 2008 there have been investments in water supply system and that the money was allocated for water supply projects for several villages in the municipality. The municipality allocated 10.000 euro for projects of this nature. However, the problem with drinking water supply is not fully solved.

One of the promises made and not fulfilled by the mayor is forestation of the existing forests. Deforestation is one of Istog’s biggest problems. The forestation of “Vrella Mountains”, is considered to be one of the best examples of promises not being put to practice. These mountains remain to be in the same situation as before.

The mayor also, he promised asphalting the Rakosh-Uçë-Rugove-Dubravë road. Fortunately, this project has been completely realized.

Another promise of Mr. Ferati’s was the construction of a sports centre. The municipality has given 19.000 euro for designing of this building, while the ministry of Culture, Youth and Sports has allocated 330.000 euro for the first phase of the construction. According to monitors the building is under construction and the date of completion is not known.

During the broadcasting of the report, which was filmed on site, the citizens expressed their dissatisfaction about the sewage system of this municipality, which is considered the main and the most serious problem, which some of this the villages in this municipality have to face.

Another concern of the citizens is the bad smell, which is a result of the bad wastewater management. The citizens also mentioned the problems with the landfill in the city which is located in Dubrava. According to them, it is located in an inconvenient place and it also smells too bad.

In order to resolve this problem, municipal authorities have taken measures by (buying? the land in the village of Tyçep village where they are planning to move the landfill in question.

The municipality, in any case, has not managed to obtain the necessary money to make thelandfill functional, said the report of GAP institute and BIRN monitors.