Shaip Surdulli, who’s been mayor of the municipality for two years, wasn’t fazed preoccupied when during “Life in the Municipality” he was criticized for spending 90 euros a day on gas for his official car, and that he is misusing it for personal needs. 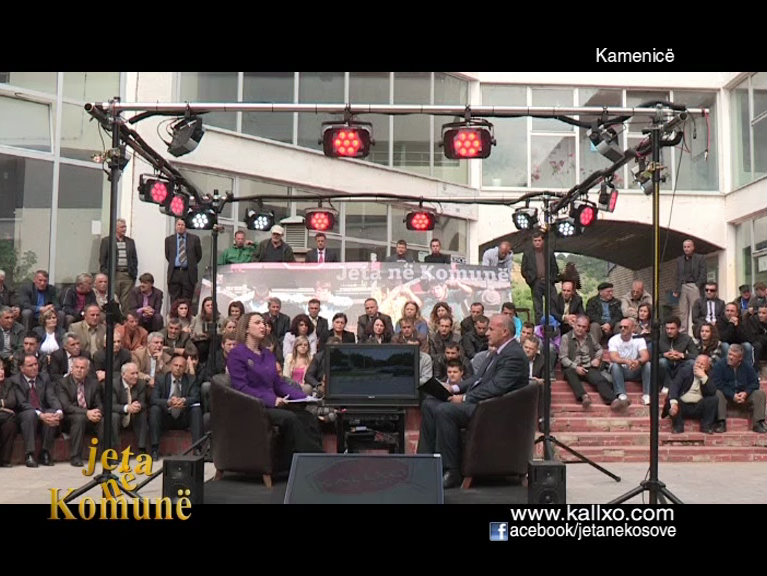 Ahmet Ibrahimi, from Vetevendosje, said that these enormous expenses in gas are a misuse of public money. “He uses the official car and goes with it to university. In fact, he’s misusing the budget and the work of citizens”, Ibrahimi said.

Surdolli did not deny these expenses, but  said he did not misuse public money. “Everyone knows that I am a professor at the university, with a master’s degree in, and once a week I teach at the University of Prishtina and AAB. I go there with the car of the municipality because I need to be with the driver”, Surdulli said.

According to him, this is not a big deal, because he is always on duty as mayor. Despite the criticism, he would not promise to refrain from future person expenses.

Surdolli spoke about his successes such as cleaning the river of Kamenica, building a school in the village Shibashtice, as well as constructing the municipal building.

During the debate, BIRN mentioned as success the maintenance of green areas as well as building two roundabouts in the city of Kamenica.

Although, Surdulli has been praised for working in facilitating the work of businesses in his municipality, he hasn’t been able to explain why his municipality, which is smaller than the one of Gjilan, has higher taxes. Among others, the debate discussed how the students of this municipality do not have heating in the school buildings, even though the parents have expressed their concerns on this issue, however, Sudrulli has made sure to allocate 30,000 euros for heating in two mosques in the village Koret.

The sports center also does not have the attention of the municipality, even though it has been selected as the pride of this municipality since its athletes have has received many medals. The municipality has given the club only 1,000 euros.