The Balkan Investigative Reporting Network Bosnia and Herzegovina (BIRN BiH) held the last of its annual countrywide round of meetings with representatives of the media and judiciary in Banja Luka, Brcko and Sarajevo last week. 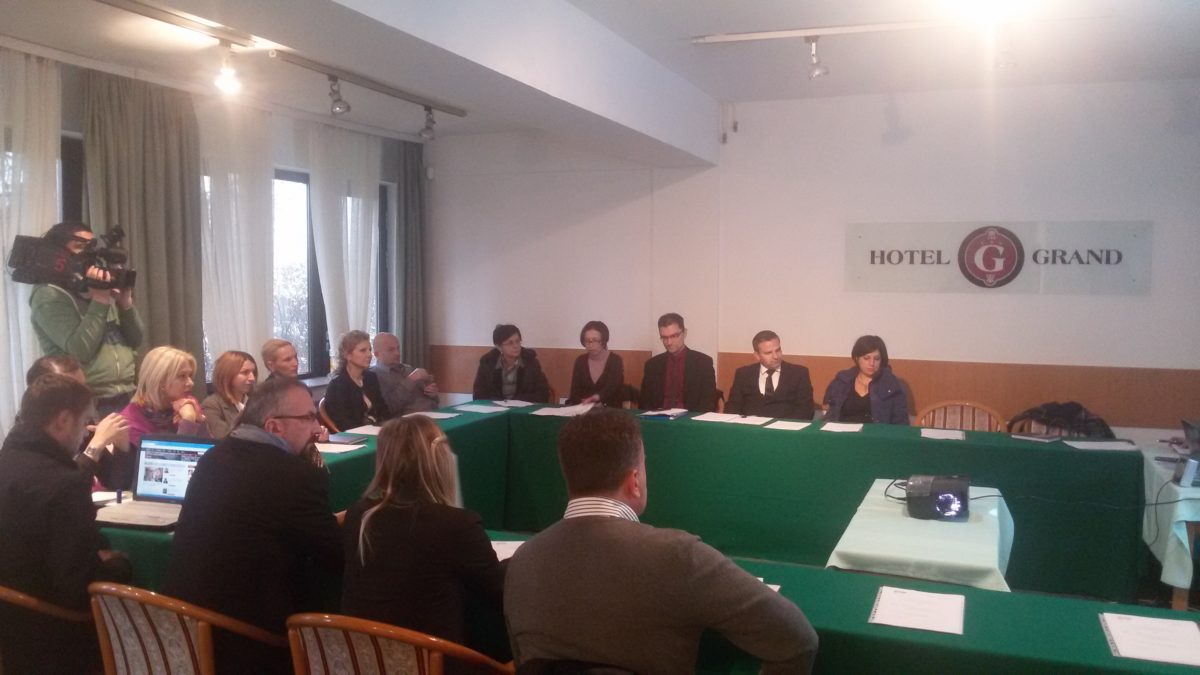 At the meetings BIRN BiH continued to advocate for journalistic ethical standards in war crimes trial reporting as well as better co-operation with judicial bodies. Journalists attending the events agreed personal contacts with judges and prosecutors should be avoided, as more spokespersons are needed to do the job.
“Having an educated spokesperson is essential in receiving relevant information on time, then we know whom to address, and we do not need to call judges and prosecutors, wasting both ours and their time,” says Dzenita Durakovic, a journalist at RTV Bihac.
Jelena Markovic-Popovic, the spokesperson of the District Court in Banja Luka, stated the journalists reporting from the court should be better informed about legal procedures and that the information shared at the meeting will be of use in improving her work.
Mirsad Arnautovic, journalist at Radio Brcko, stressed the need for more proactive approach of the District Court in Brcko towards the media.
“At least once a year the Court should organize a press conference where the media can be informed about the previous work and future plans”, he said.
Nina Hadzihajdarevic, spokesperson of the Federal Prosecutor in Sarajevo, expressed her concerns about negative image of judiciary institutions in public.
“People in this country are craving for justice, and it is really important for them to be informed about what to expect so their disappointment is lowered,” Hadzihajdarevic said.
In 2015 BIRN BiH will continue to implement workshops and trainings for media and judiciary in order to improve access to information from courts and overall media standards.