The top prize in the 2014 Balkan Fellowship for Journalistic Excellence has been awarded to Jeta Abazi, journalist from Kosovo at a closing ceremony held in Belgrade, on Friday. 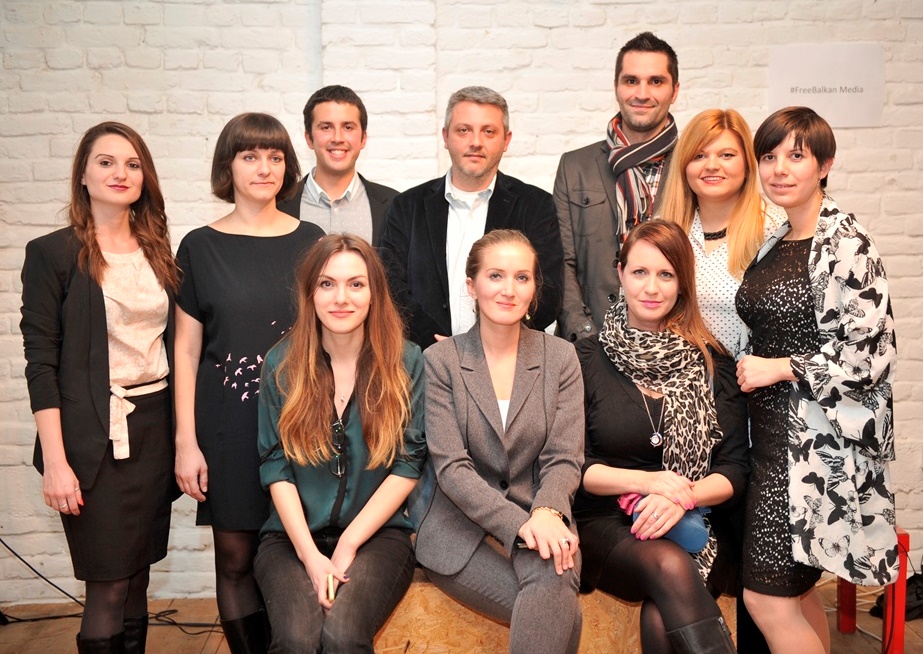 Abazi was awarded for her article “Fighting for their fair share”, showing that women across the Balkans still face a battle to overcome discrimination and exercise their legal rights to inheritance. Abazi said that “I believe that good journalism can truly make a difference in our societies, as the phenomena I was exploring is widespread, beyond ethnic and religious boundaries”.

The second prize and 3000 EUR went to Kostas Kallergis from Greece, for his article “The great leap rightward”, where he presented a generation of Greeks that have embraced the far right despite having long leftist family traditions or relatives killed by the Nazis.

The third prize and 1000 EUR was awarded to Krassimir Yankov from Bulgaria, for his article “Syrian refugees leave Bulgaria for German limbo”. Yankov covered the story of Syrians who use Bulgaria as a stepping stone to the heart of Europe — although EU rules say refugees are meant to stay in the country where they entered the EU.

The publication of ten articles under the title Generations:  Stories of Social Change in the Balkans is the product of original research of ten journalists selected from South East Europe to participate in 2014 Balkan Fellowship for Journalistic Excellence. ” By taking part in the fellowship, these journalists have chosen not just to use their considerable skills but to improve them, to push themselves to their limits, to learn both from their experiences and the feedback of the editorial team. Taken together, these 10 stories offer a much more vivid and varied portrait of the region than media coverage often provides.”, said programme editor Andrew Gray.

The Balkan Fellowship for Journalistic Excellence, which was launched in 2007, promotes journalistic excellence and encourage cross-border research projects. Scholarships are awarded with the aim to provide financial and professional support in developing and strengthening the quality of reporting in the Balkan countries. Program participants have the opportunity to collaborate with colleagues from neighbouring countries and comprehensively cover complex topics that are of vital importance for the progress of reforms in the region and cooperation with the European Union.

At the award ceremony held at Mikser House in Belgrade, a regional social media campaign for the protection of professional standards in the media #FreeBalkanMedia was launched by the alumni of the Balkan Fellowship for Journalistic Excellence. The campaign will go viral in the entire region.

The next year’s contest will be open for applications as of January 2015.