Kosovo’s public institutions are largely failing to implement the 2010 law on Access to Public Documents, BIRN Kosovo concluded in a report released June 29. 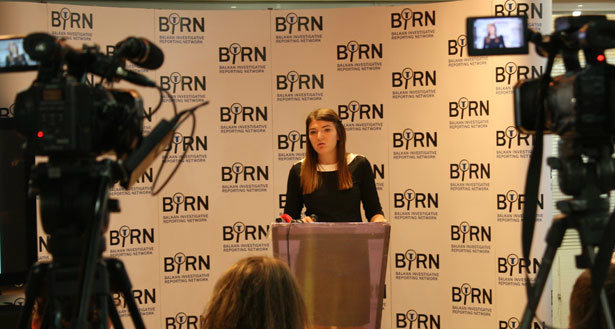 Report, titled “The State is 30 Per Cent Accessible to Citizens,” is the culmination of a year-and-a-half of monitoring of public institutions to examine the implementation of the law.

Concluding that government institutions respond to only 30 per cent of official requests, the report found that the Prime Minister Office is the least transparent institution.

Gresa Musliu, a BIRN Kosovo researcher, presenting the report to Kosovo’s media, noted that only 100 of 300 official requests to government institutions received positive responses. In the case of 100 requests to the prime minister’s office, fewer than 30 were responded to.

Musliu singled out the Agency for Protection of Personal Data, whose opinion was used to justify the Prime Minister’s Office decision not to disclose the trip reports, as contributing to a lack of government transparency.

“This agency presents risk for transparency, because since the establishment it is allegedly finding reasons to justify the lack of transparence of the legal institutions,” Musliu said.