On Sunday “Justice in Kosovo” discussed the elections of the Kosovo Judicial Council, KJC. 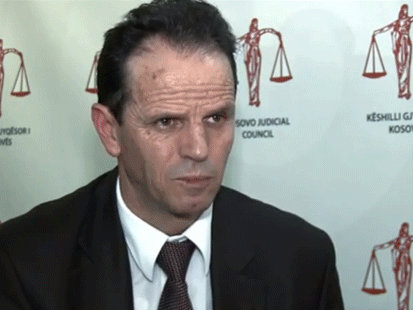 Among the questions discussed were: Why has the appointment of Enver Peci as a head of KJC been contested? Why did Sali Mekaj make false accusations about irregularities in the election process? Why were his claims rejected by members of the KJC? With how many votes has Peci become the head of KJC? Will Peci resign if he does not fulfill his election promises?

Recognized as one of the most important events for Kosovo’s judiciary, the KJC elections saw Enver Peci re-elected as the head of the institution.

Problems emerged when one of the members of the council – respectively the head of the Appeal Court, Sali Mekaj voiced problems about the process.

Mekaj said his rights as a candidate were denied. He outlined his grievances in a letter to KJC members.

“The irregularities make the process non-transparent, irregular and unlawful. In my case, it resulted in the violation of my right to be a candidate for the head of KJC and to participate equally in this competition,” Meka wrote.

In addition, two candidates, Valdete Daka and Enver Peci, presented their platforms for justice reforms. Peci won, getting six voters more than Daka. After Peci get a new mandate for the next three years, he vowed that if he does not succeed in implementing his platform, he will resign.

Also, “Justice in Kosovo” broadcast a report about a trial at the Economic Court in Prishtina. The trial concerned a libel lawsuit by businessman Bejtush Zhugolli against Zeri newspaper for an article titled “Godfathers of tenders in Kosovo” written by journalist Arbana Xharra. The lawsuit was filed last year.

After three court hearings, the judge in Economic Court in Prishtina, Fetije Sadiku announced the verdict, rejecting the lawsuit, arguing that the article of journalist Xharra was based on official documents.

Regarding with this verdict, “Justice in Kosovo” asked Sadiku for a statement, but she refused to speak in front the camera – reasoning that the case is still in process at a higher court.

In its decision, the court reasoned that the respondent, Arbana Xharra only quoted her sources of information and did not use her opinion. Xharra had, in fact, revealed the sources of her information and adhered to the code of ethics of print media in Kosovo.

Finally the judgment of the court said that the plaintiff, Zhugolli, did not give sufficient reasons to the court that publication of his name has influenced the damage of his prestige and reputation. Furthermore, he did not offer sufficient evidence to support his suit, either.

Also during the program, BIRN aired a report that showed how KJC deals with cases in which a judge violates the rules. It showed that within KJC there exists a Disciplinary Commission that takes disciplinary action against those judges who do not respect the ethics code.

If Kosovo citizens have any dissatisfaction with any judge, they can complain to the Office of Disciplinary Council or to the Disciplinary Committee. The most frequent cases involve negligence and misconduct. Sanctions can include a warning, final warning, written warning and dismissal, said the “Justice in Kosovo” report.

The third report talked about a case in which the prosecution and court investigated and convinced two policemen in the region of Mitrovica. They were convinced of misuse of official position and bribery. The judgment was made possible by a cooperative witness.

The case utilized covert monitoring of conversations, which the court authorized.

One of the policeman was sentenced to five months imprisonment while the other to 14 months.