The Balkan Investigative Reporting Network Macedonia in partnership with the Centre for Civic Communications organised a debate on May 13 in Skopje entitled ‘Detecting common issues as a basis for cooperation between journalists and non-governmental organisations about the inclusion of marginalised groups in society’. 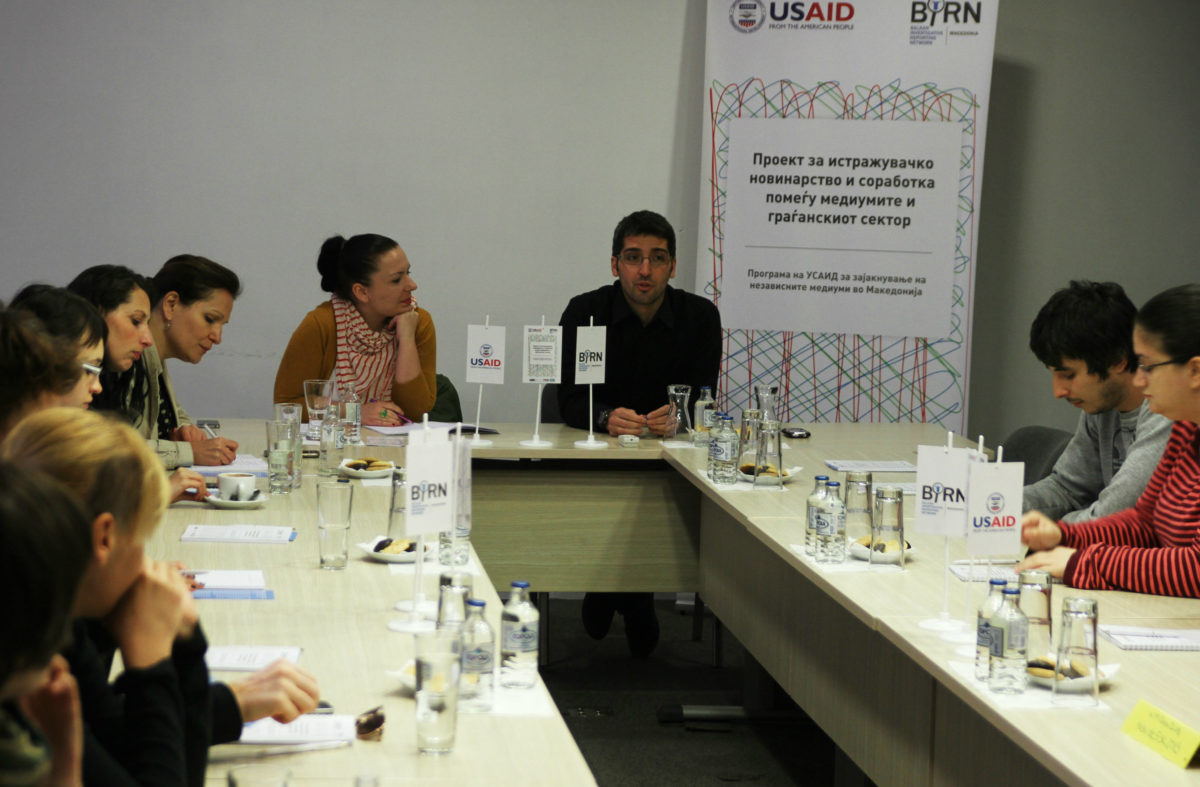 The debate about marginalised groups and the problems they are facing in Macedonia was the second in a series of nine held as part of the ‘Project for investigative journalism and cooperation between media and civil society’, which is part of a USAID programme for strengthening independent media in Macedonia.

Debates are being organised on topics selected at a large meeting between journalists and NGOs in mid-April. They include: quality of life; health; cultural policy; education and youth; human rights; EU integration; good governance; inter-ethnic relations.

About 20 journalists and representatives of non-governmental organisations took part in the latest debate, talking about possibilities and ways of cooperation.

The NGO representatives concluded that media often publish negative reports about marginalised groups, and emphasised that sometimes positive examples can be useful for tackling certain problems.

They listed dozens of topics concerning marginalised groups that are a priority for society and need to be tackled.

The journalists showed interest in most of the topics, asking for more details about some of them, but adding that cooperation with the NGOs should be intensified because writing about marginalised groups is sensitive and needs serious preparation.