BIRN Serbia journalist Slobodan Georgiev has won the 2013 National Investigative Journalism Award, a prize given by the Independent Association of Journalists in Serbia. 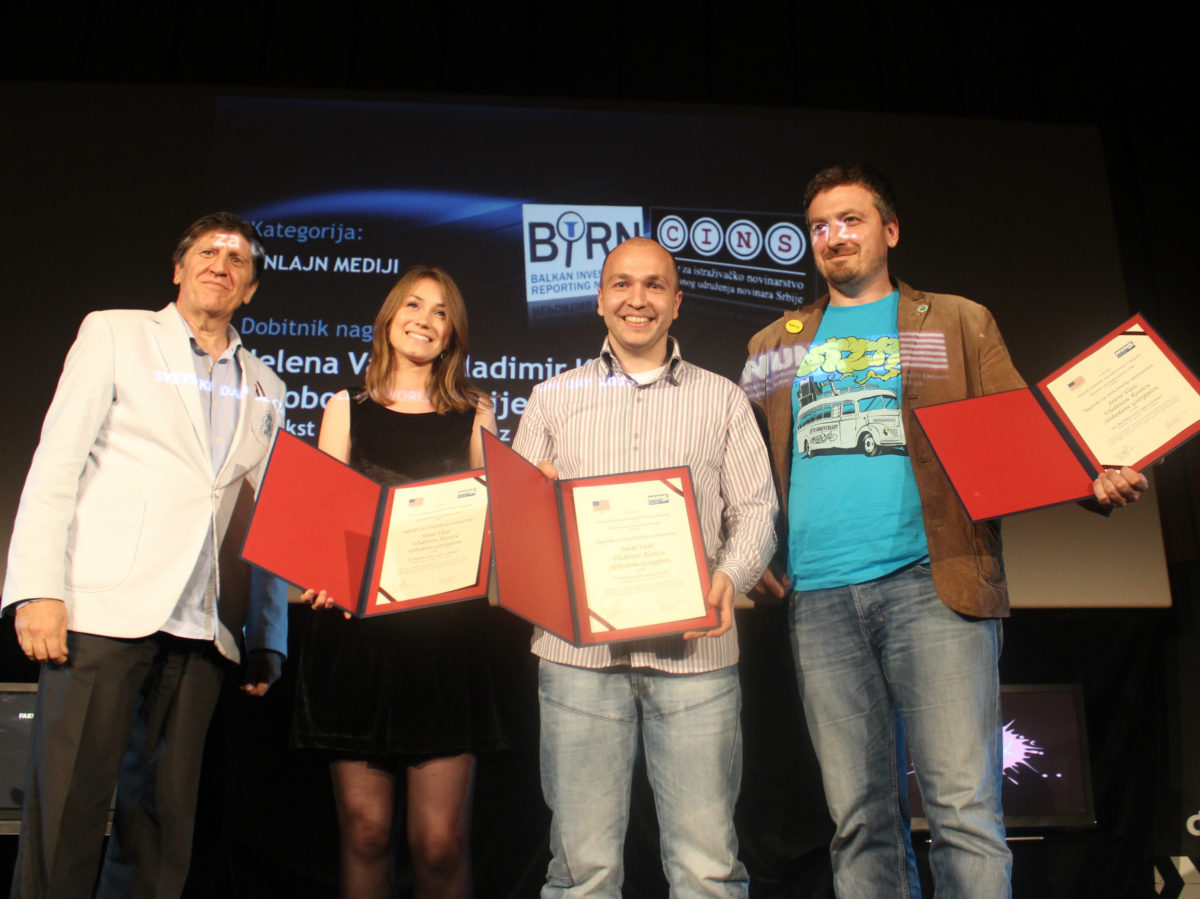 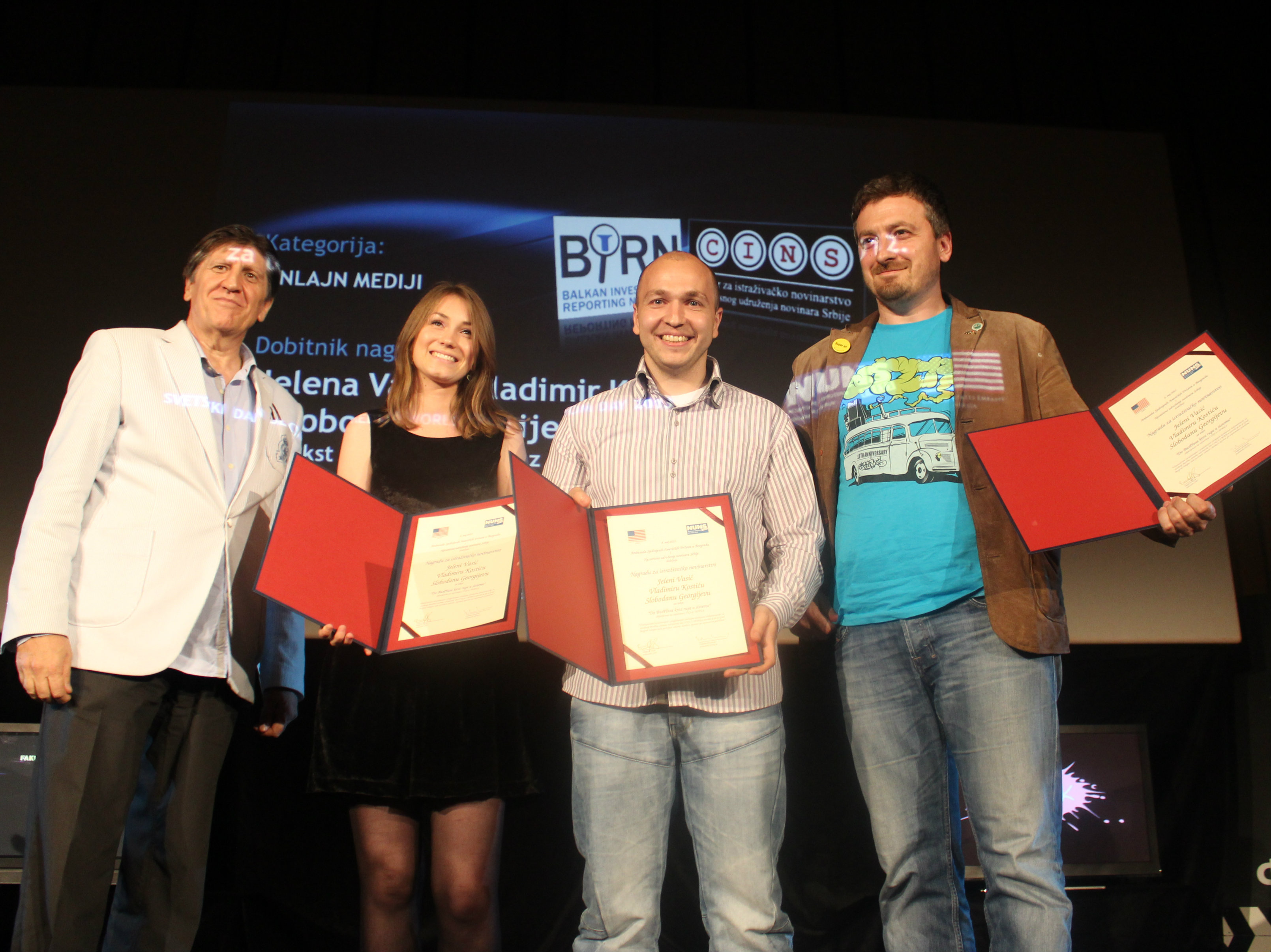 Georgiev, together with Jelena Vasic and Vladimir Kostic from the Centre for Investigative Journalism in Serbia, won in the online media category with their investigation into irregularities in Belgrade’s BusPlus system.

The award in the print media category was given to Sandra Petrusic for her series of articles entitled ‘Hospital Files – Money for Decay’, which was published in the weekly NIN.

In the electronic media category, the award went to Dragan Stankovic and Zorana Jovicic from RTV Belle Amie for their story ‘How 19 Million Was Spent on Konsantin’.

Two more BIRN Serbia journalists, Aleksandar Djordjevic and Ana Novakovic, were nominated in the online media category for their series of articles about Belgrade’s expenditure on promotion.

Aleksandar Djordjevic was also nominated in this category for his story ‘The Electric Power Industry of Serbia Sends Incorrect Bills’.

The members of the jury were Brankica Stankovic, Milorad Ivanovic, Sasa Lekovic and Branko Cecen.

Each award is accompanied by a prize of 1,200 dollars, and this year 51 journalists entered the competition, submitting 101 articles or contributions.

The annual awards are organised by the Independent Association of Journalists in Serbia and supported by the US Embassy in Belgrade.