The 2013 Reporting Europe Prize has been handed to Sorana Stanescu for her story about the exploitation of migrant workers in the UK, produced under the Balkan Fellowship for Journalistic Excellence. 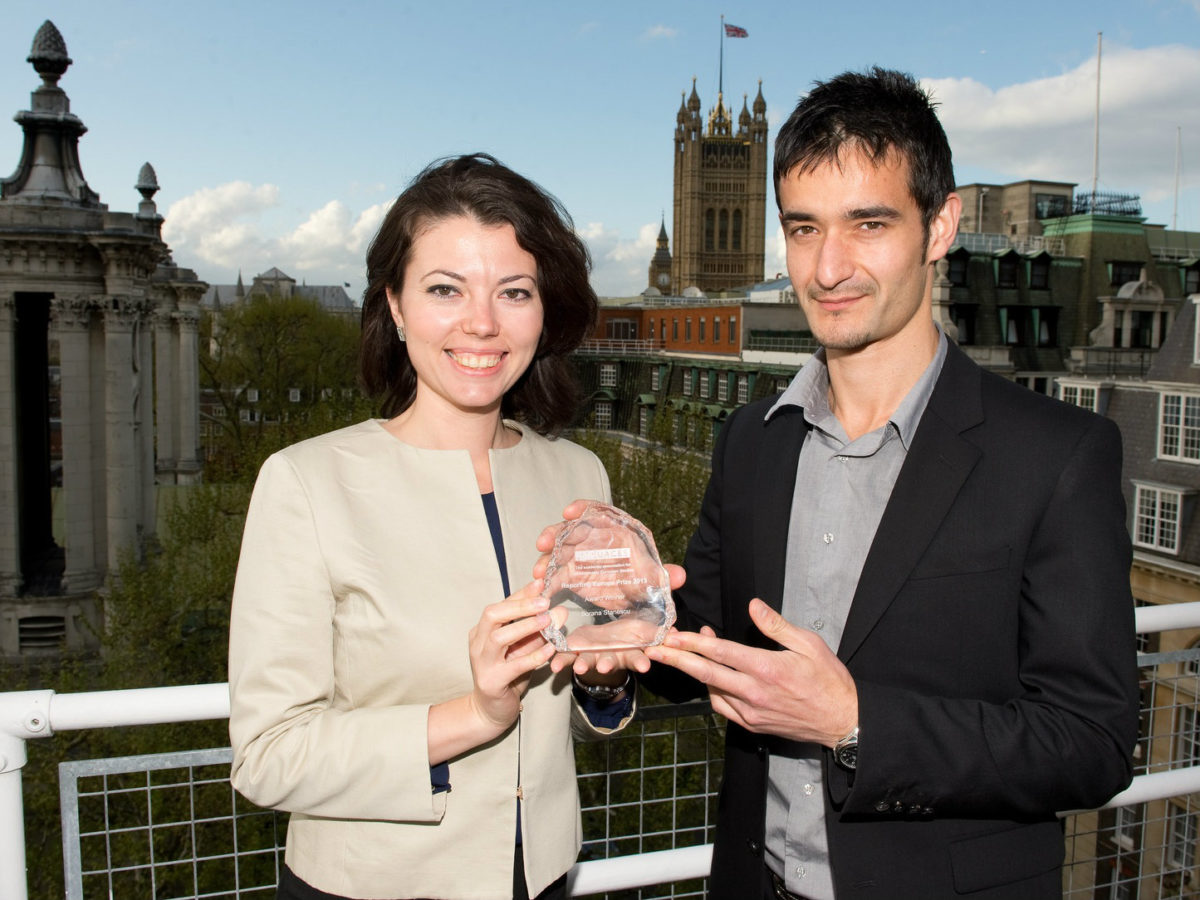 The annual award is organised by UACES, the world’s largest European studies association. Previous winners include journalists from the BBC, The Economist and the International Herald Tribune.

Stanescu, a TV journalist based in Romania, received the prize at a ceremony in Westminster, central London, on 13 May.

The chair of UACES, Helen Drake, also conducted a short discussion with Stanescu and her editor at the Fellowship, Neil Arun. They spoke about the background to the story and about some of the issues it had raised.

Handing over the award, Dr Martyn Bond, a jury member and deputy chair of the London press club, praised the winning story as “particularly apposite” and “well-written”.

“The whole question of migrant labour in a highly developed economy… is illustrated through this,” he said. “But it doesn’t do it in a preachy didactic manner. It does it through a human story. And that’s the best sort of journalism.”

“It gives us facts behind the fictions… that we hear trotted out daily in the political ding-dong that passes for serious debate here on the immigration issue.”

Stanescu’s story, Cheap and Far from Free, revealed how the UK’s labour restrictions had left Romanian and Bulgarian construction workers underpaid and vulnerable to exploitation. It was published by Balkan Insight, and by the New Statesman magazine.

The report was the result of several months’ research, sponsored by the Balkan Fellowship for Journalistic Excellence.

The Fellowship’s annual bursary promotes investigative and long-form reporting of complex reform issues in the Balkans.

It was established in 2007 by the Erste Foundation and the Robert Bosch Stiftung, in co-operation with the Balkan Investigative Reporting Network.