Quality of life was the subject of a debate in Skopje on May 15 organised by the Balkan Investigative Reporting Network Macedonia in partnership with the Centre for Civil Communications, part of the USAID programme for strengthening independent media in Macedonia. 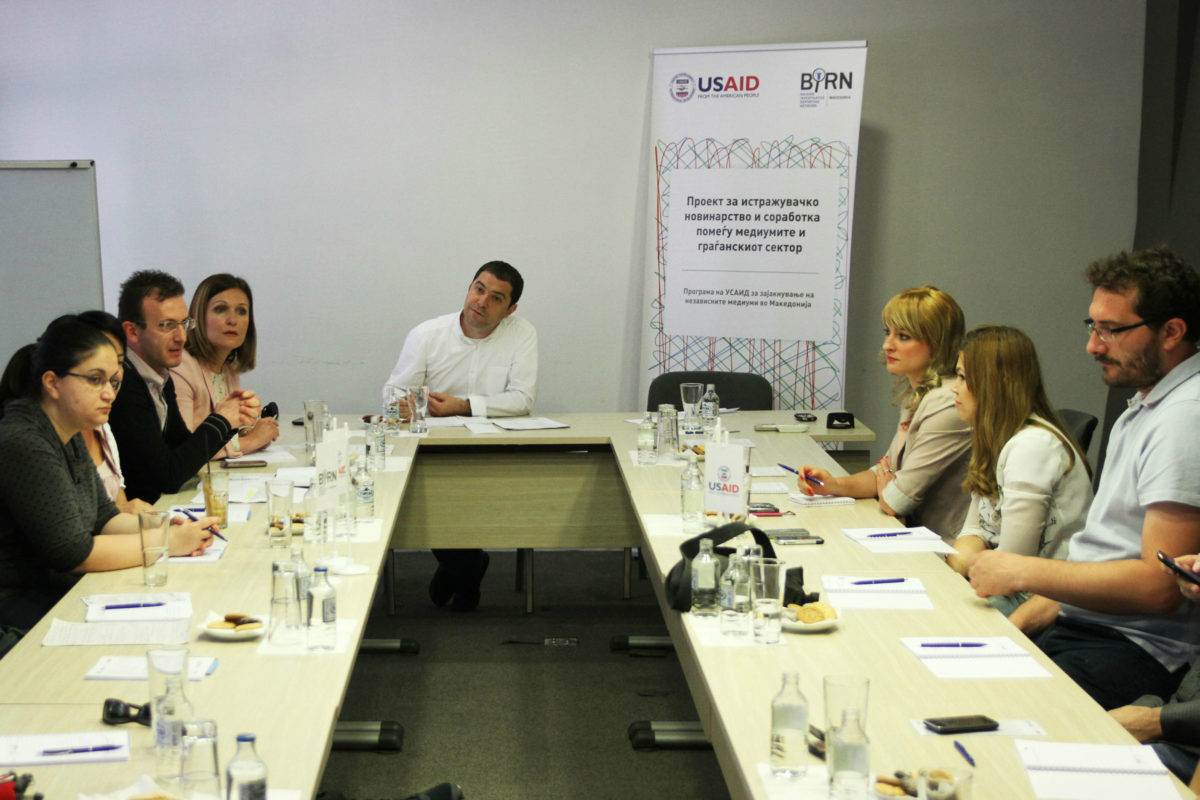 Journalists and NGO representatives spoke openly about problems in Macedonian society – highlighting high poverty and unemployment rates, misuse of the minimum wage, living conditions in rural areas, demographics and disproportional regional development. Both the NGO representatives and journalists agreed that there is a state strategy to address these quality of life issues but that it mostly stays on paper without serious implementation. The journalists also questioned the NGOs on their data and about the possibilities of future cooperation on specific topics.

The debate was third in a series of 10 which are being organised as part of a project for investigative journalism and cooperation between media and civil society, funded by USAID to strengthen independent media in Macedonia. The subjects were selected at a meeting between journalists and NGOs in mid-April. Other debates topics include health; cultural policy; education and youth; human rights; EU integration; good governance; inter-ethnic relations; environment issues; and marginalised groups.