Kingdom of Coal, directed by Antoneta Kastrati and Casey Cooper Johnson (Crossing Bridges Production) and produced by Jeta Xharra (BIRN Kosovo), was screened in the sixth edition of the ‘Green’ Open Air Cinema in Mitrovica. 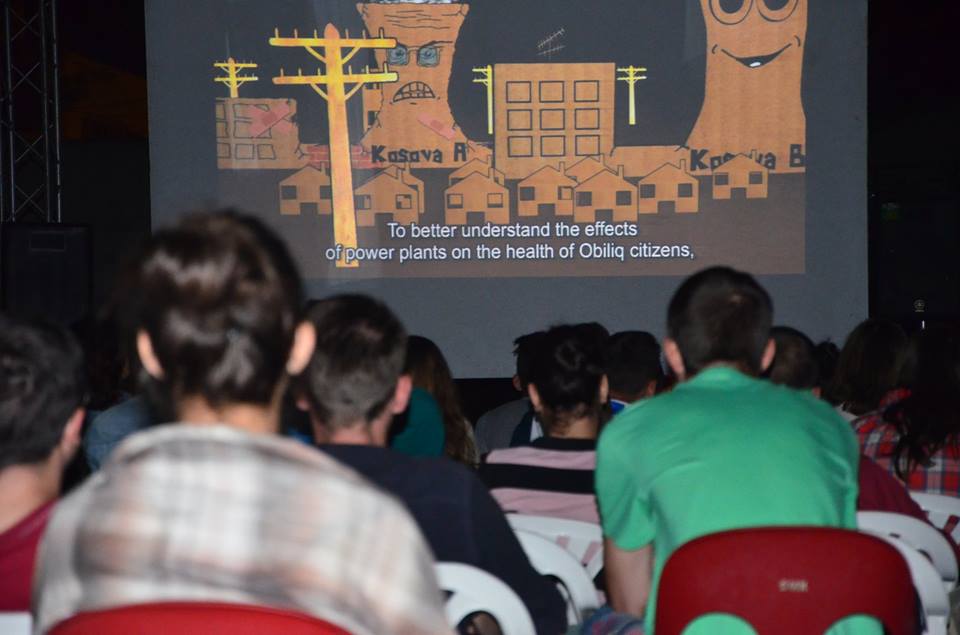 The documentary investigates the economic, health and environmental costs of coal, while exploring the potential for alternative energy in Kosovo.

Kingdom of Coal was screened on the second night of the ‘Green’ Cinema, a project that aims to raise the awareness of the Kosovar citizens on the environmental conditions they live in.

“Besides igniting the curiosity of the more adult audience, the film sparked the interest of the younger generations and teenagers, who appeared to feel compassionate towards the fellow youngsters who were featured in this film,” said Kushtrim Hoti, the coordinator of this project.

This year, the event was held from June 9th until the 11th. An audience of around 500 had the opportunity to watch short films and documentaries by both national and international artists.

The ‘Green’ Cinema is organized by the ‘7arte’ cultural association, which in the future intends to support young artists that want to get involved in building Kosovar awareness on the issue of the environment by producing films of this nature.

Competing with other international films dealing with environmental issues, “Kingdom of Coal” won the Best Green DoX award in the International Short Film and Documentary Festival Dokufest in 2011.