A group of students from the Harvard Law School International Human Rights Clinic visited the offices of BIRN Bosnia and Herzegovina to learn about war crimes prosecutions in the country. 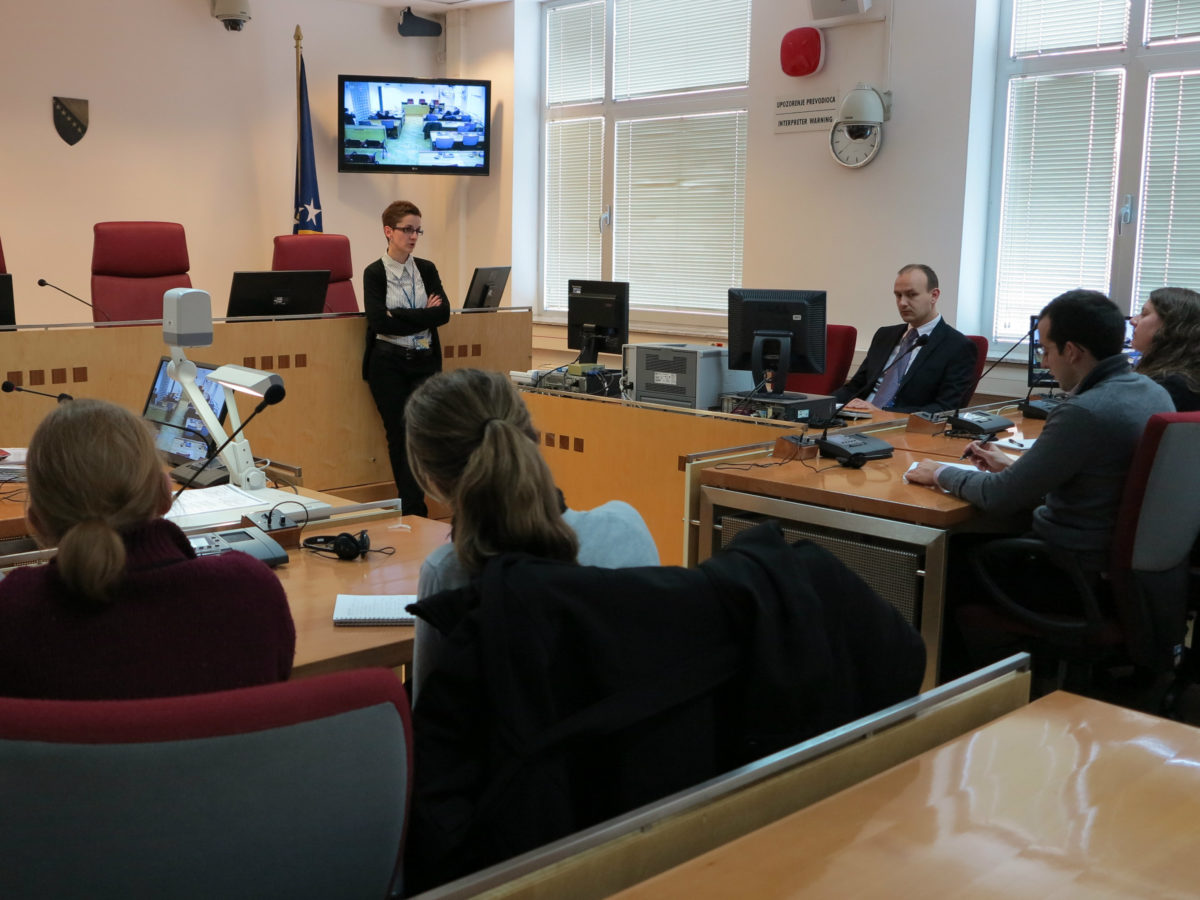 The editor-in-chief of BIRN Bosnia and Herzegovina Erna Mackic and deputy editor Denis Dzidic met the students, who are conducting research about war crimes against civilians and prisoners of war, on March 18.

The group wanted to learn from BIRN BiH about how the Bosnian state court differentiated between civilians and combatants in war crimes cases.

Mackic and Dzidic provided the students with examples from the six-year history of the court and also gave them information about the case of Alija Osmic, who was found guilty of crimes against prisoners of war despite originally being charged with crimes against civilians in Bugojno in 1993.

The students also wanted to find out about the concepts of command responsibility, civilian support for army units and the role of civilian defence forces during the early 1990s Bosnian conflict.