As a part of the ‘Monitoring Policies of the Government of Serbia’ project, a conference on systematic approaches to fighting corruption was organised by BIRN Serbia in cooperation with Transparency Serbia on March 20. 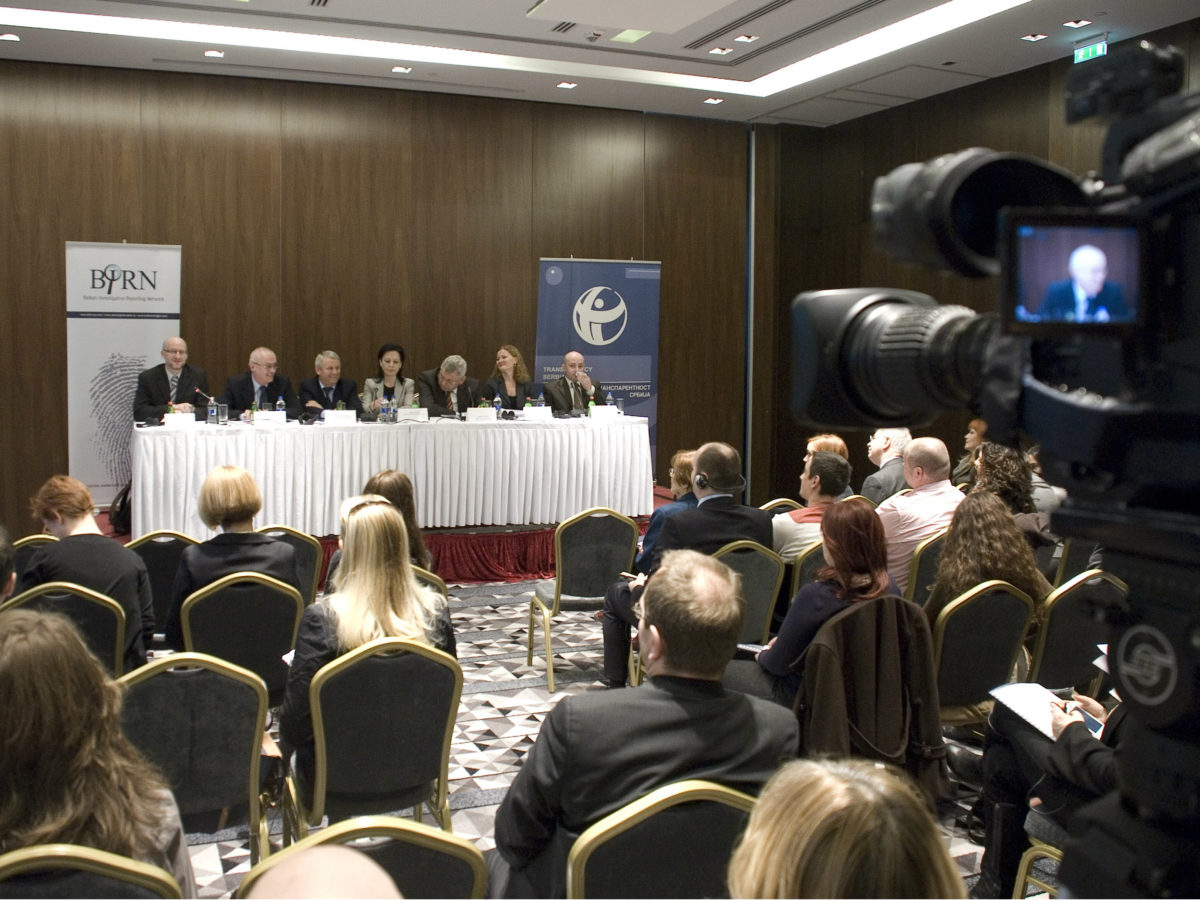 The key panelists were Michael Davenport, the United Kingdom’s ambassador to Serbia, Louis Laurent Stokvis, the Netherlands’ ambassador to Serbia, Rodoljub Sabic, the Commissioner for Information of Public Importance, Tatjana Babic, the director of the Anti-Corruption Agency, Radoslav Sretenovic, president of the State Audit Institution, Radomir Ilic, special advisor at the justice ministry and representatives of other independent bodies. More than 50 state, NGO and media delegates took part in the debate.

Michael Davenport said that Serbia, with a corruption perception index of 39, is in 80th place out of 186 countries and is recognised as a highly corrupt country.

He emphasised the importance of independent bodies such as the commissioner, the ombudsman, the Anti-Corruption Agency and the State Audit Institution in the construction of high-quality anti-corruption mechanisms.

“All these bodies submit to the parliament their annual reports in which they indicate the identified problems and recommend how to resolve them. In that way they are helping parliament to fulfill one of its main roles, which is the control of the executive branch, and enable better public insight into the work of independent bodies,” said Davenport.

Louis Laurent Stokvis said that parliament has a key role to play in the fight against systemic corruption. He stressed that no country can be satisfied with a high corruption index, especially Serbia, which aspires to join the EU.

“The government and parliament can work together to eradicate corruption and it is necessary to create a practical structure for the systematic fight against corruption,” said Stokvis.

Rodoljub Sabic pointed out that it is a serious problem for democratic society if Serbia does not implement the conclusions made by parliament.

“After parliament has considered the reports of independent institutions and reached a conclusion about them, they become official. It is necessary to have a mechanism to implement these conclusions in practice,” said Sabic.

Radoslav Sretenovic, president of the State Audit Institution, said that the most frequent problems arise during the implementation of the law on public procurement. Sretenovic also emphasised that the authorities do not use the right to list public officials’ financial and non-financial assets.

Ana Jerosimic, a representative of the Anti-Corruption Agency, announced changes in the national anti-corruption strategy reporting process, the extension of the agency’s rights in the fields of supervision of the implementation of the strategy and more accountability for non-compliance with the strategy.

“The new strategy provides that the duty bearers submit to the Agency semi-annual and annual reports, as well as evidence of activities carried out. If the agency is in doubt whether something is done, it will have the right to seek additional verbal explanations,” said Jerosimic.

The conference was the third in a series of public debates addressing topics like corruption, health, education and the economy. The debates are part of the BIRN Serbia’s project to monitor election campaign promises.

The conference was organised with the support of the embassies of the United Kingdom and the Netherlands to Serbia.