On April 5th, in honour of international fact-checking week, the kallxo.com team in cooperation with University of AAB’s Department of Mass Communications in Pristina, held a lecture at the university. 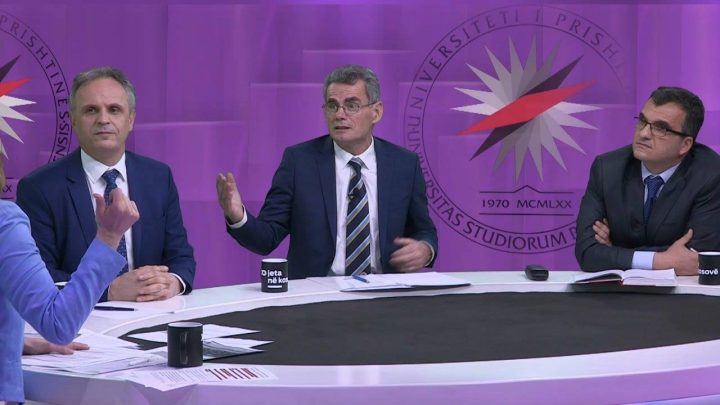 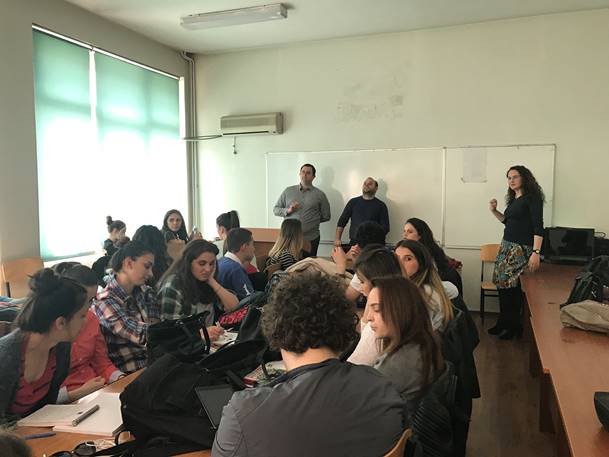 The main goal of the talk was to explain the on-going work of the “Krypometer’’, a tool for measuring factual errors launched last December, which has been used so far to measure more than 40 official statements from all fields of public life in Kosovo.

The lecture opened with a welcome by the host professor Zija Rexhepi and united two of the best-known faces of kallxo.com, Faik Ispahiu, executive producer of kallxo.com and Kreshnik Gashi, the author of DnK.

Ispahiu stated the importance of fact checking, referring to it as a new era of professional journalism.

Proving the truth, even though it is not easy to do, respects people’s desire for freedom and their right to know the truth. If news is fact-checked, it automatically has more quality and credibility, he said, explaining also how the Krypometer divides its subject matter into five categories of lies, which are explained on Prishtina Insight website.

Gashi explained how the idea behind this platform took more than a year to complete, the difficulties that were encountered while training the editors and how the process of measuring a lie is done.

According to Gashi, the platform has already succeeded in making those who issue official statements think twice about what they are going to say.