Members of the Initiative for Monitoring the European Integration of Bosnia and Herzegovina [the Initiative], including BIRN BiH, held a two-day strategic planning session focusing on monitoring Bosnia’s European integration process in the upcoming period. The session took place on March 21st and 22nd in the capital, Sarajevo. 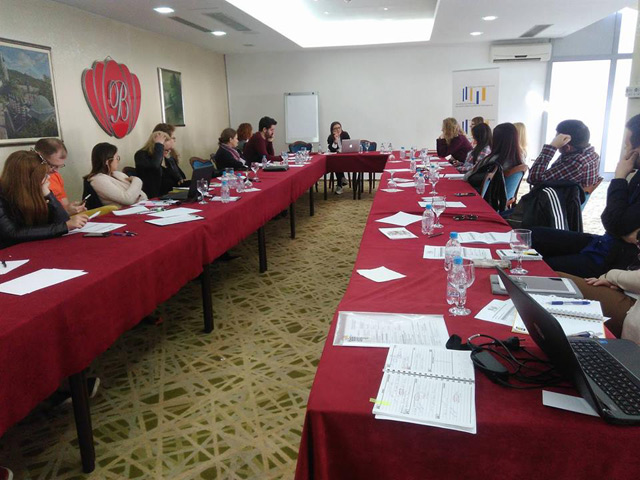 The European integration process has been widely recognized as Bosnia’s best chance of improving its human rights and the standard of living of all its citizens.

In June, Bosnia and Herzegovina is due to submit its answers to the Questionnaire of the European Commission. After that, it hopes to obtain EU candidate country status.

Following the practice applied in Croatia and Serbia, where the NGO sector has actively participated in the negotiation and monitoring process, along with the state and the EU, the Initiative recognizes the need to assume an active role in the upcoming period and help Bosnian society and the country achieve the set goals.

On the first day of the planning session, Natasa Dragojlovic Ciric, coordinator of the National Convention on the European Union in Serbia, spoke of the importance of establishing bigger and stronger networking between civil society organizations in the process of monitoring the obligations undertaken by governments.

On day two, Jelena Berkovic, from GONG organization in Croatia, helped the members plan their activities in the upcoming period in order to be able to both follow and contribute to the EU integration process in the most efficient manner.