On January 25th, 2017, another debate as part of the “Strengthening multi-ethnic dialogue among journalists in Kosovo” project was organized in the municipality of Gjilan. It gathered 34 journalists and editors from Albanian and Serbian media organizations that operate in Kosovo. 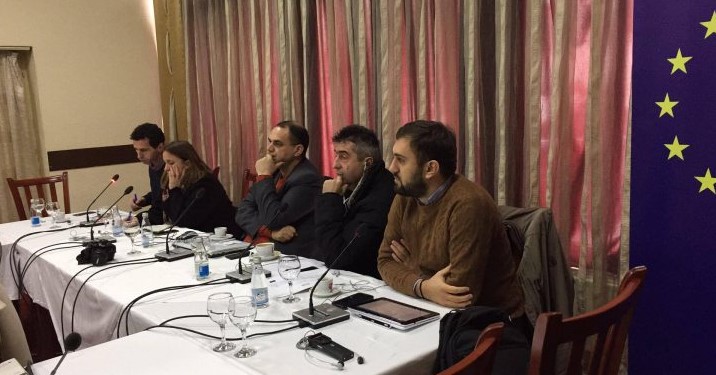 This activity was an initiative to concretely identify the issues between journalists from Kosovo Albanian and Kosovo Serb communities. This debate was named “Cooperation between journalists from the South and North on issues and problems concerning the communities,” and resulted in potential ideas about future solutions for the media landscape around Kosovo. For instance, this debate revealed that Kosovo Serb journalists coming from Gjilan were not receiving adequate information from the municipality. As a result, the participants kindly showed willingness to improve this level of cooperation with their colleagues from other communities.

Another aspect of this project was to organize a retreat in another region of Kosovo, which took place in the municipalities of Prizren and Gracanica. This retreat took place on January 27th and 28th and it gathered 30 journalists. The retreat lasted for two days, with tasks such as visiting different significant parts of the municipalities and exchanging ideas about cultural perspectives on how to contribute to better integration and collaboration between different communities in Kosovo.

The main task of this retreat was to identify the topics that the journalists could collaborate on. As a result, the group was divided into three teams after being combined from different backgrounds. The issues identified to write about included accommodation of returnees in Roma Mahalla (Mitrovica South), pollution of the Ibar River, the treatment of stray dogs in different municipalities, social and medical care for elderly people from non-majority municipalities, and joint Kosovo-Albanian and Kosovo-Serbian markets. Journalists who were a part of this discussion represented Albanian, Serb, Bosnjak and Roma communities.

These two activities contributed to teambuilding between journalists from various communities, to be of future use for tackling issues of common interest and reaching the targets of the project as a whole.